On December 1, 2010, Petit Jean State Park’s historic Mather Lodge closed its doors – but not forever.  The lodge closed for more than a year’s restoration, renovation and major rebuilding.  On the first of December, for the first time in nearly a half-century, the day had come again to begin construction on a modern new restaurant to adjoin the old lodge – a restaurant designed by architects to capture the park spirit and “parkitecture” of the original Mather Lodge’s rough-hewn, large stone and log structure.  The upcoming restaurant will offer a spacious and modern facility that is larger, more capable of seating guests and groups and will include a 75-person conference/dining room.  The next Mather Lodge Restaurant, due to be completed in spring 2012, as well as restoration of the original, historic Mather Lodge, mark yet another significant stepping stone into the interesting future of Arkansas State Parks.

Mather Lodge was originally completed in 1935, one of several Civilian Conservation Corps (CCC) projects put in place during the first building phase of Petit Jean State Park.  In keeping with a nationwide park trend of offering rustic yet gracious amenities to the visiting public, a restaurant was built on the northern side of the lodge just off the main fireplace lobby.  A small kitchen, complete with wood stove for heat, adjoined the restaurant just north of the dining room’s large stone chimney. Hired cooks prepared meals for visiting groups, or sometimes the visitors came in, by reservation, and cooked up their own meals.  The old restaurant dining room is called the CCC Room today and will continue to be visited for its historic significance. 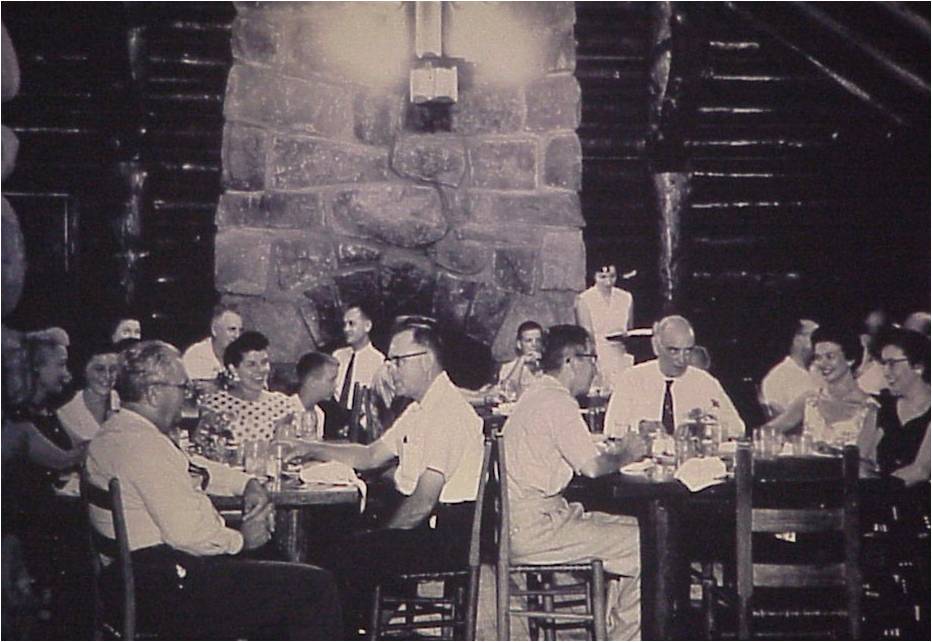 By the mid 1950s, the baby boom was underway, and parks were experiencing a swell in attendance but with deteriorating resources.  On the federal level a project called Mission 66, lasting from 1955 through 1966, drew funding for major recreational improvements nationwide, while Arkansas State Parks initiated improvements of their own.  In 1958, a swimming pool was constructed in the courtyard just behind Mather Lodge.  Six years after, in 1964, a second, larger Mather Lodge Restaurant was constructed adjoining the original lodge.  This was the restaurant that served the public until December 1, 2010.  The Mather Lodge Restaurant built during the baby boom era was extremely spacious by 1960s standards and featured plank beams in a vaulted ceiling above the dining area and an incredible view through large windows of the park’s lower canyon looking west toward the Arkansas River Valley.  Many today remember dining or conferencing there.

By the turn of the century, Arkansas State Park visitation was higher than ever.  Petit Jean State Park alone had approximately a half million visitors every year.  On a busy day during the first decade of the 2000s, parking space near the lodge was limited, the Mather Lodge Restaurant was often packed with people, and lines formed getting into the few restroom facilities available.  It was time, yet again, to meet public demand with more up-to-date park facilities. 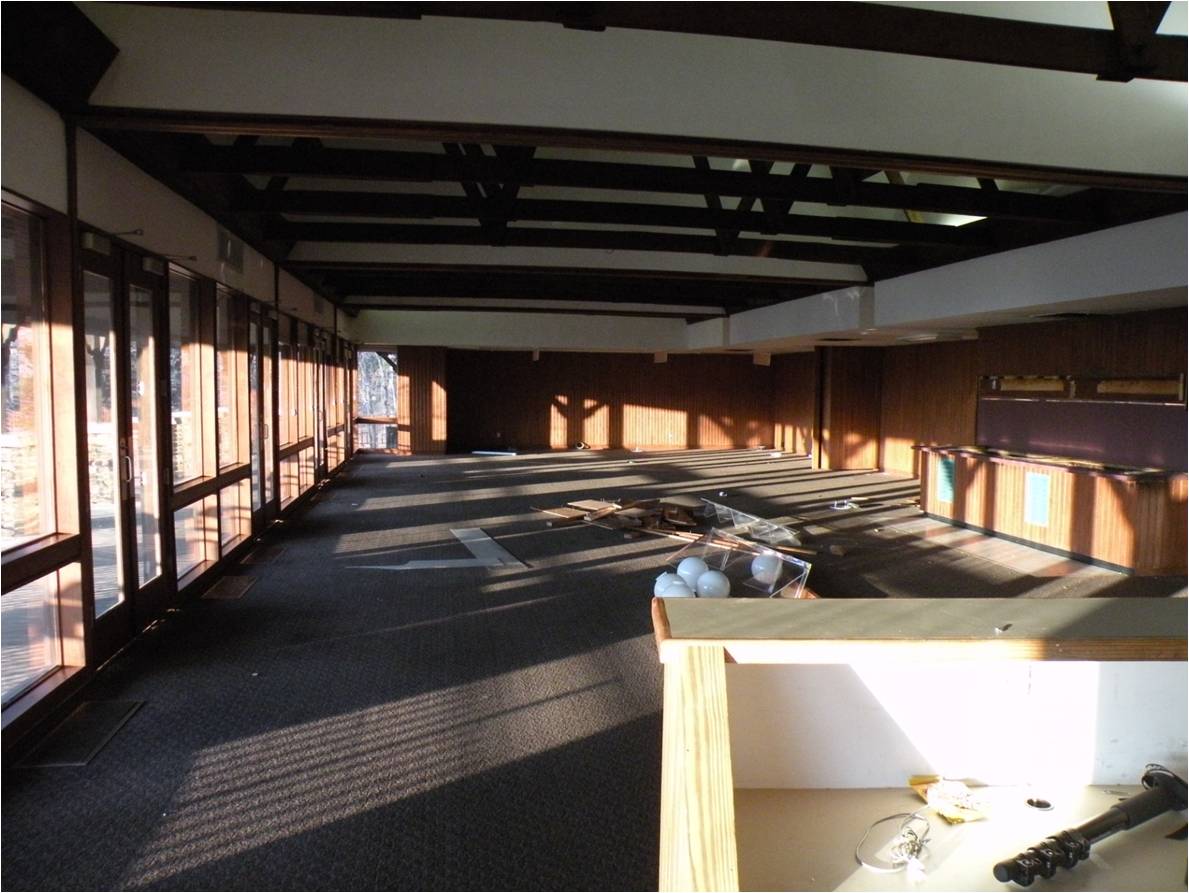 As of this writing, the construction of the new Mather Lodge Restaurant, designed by Little Rock firm SCM Architects is well underway.  The foundation has been laid, and the SAMCO Construction Company, based in Cabot, Arkansas, is at work sealing the base and readying the outer building.  The SCM Architectural firm describes the project as follows:

“An interior and exterior renovation is underway at historic Mather Lodge which will expand the hospitality offerings of Petit Jean State Park. A new inviting lobby and restaurant waiting area will provide improved access and increase the lodge’s capacity to welcome guests and operate efficiently. The existing restaurant and kitchen, built in 1964, will be demolished and replaced by the new lobby, new restaurant and new kitchen. The lobby and restaurant will feature exposed log construction, use of natural materials, and extensive glass window walls to provide a full view of the natural beauty surrounding Mather Lodge. The addition will also include lodge and restaurant offices, a private dining room, and public restrooms, as well as a new pool and new outdoor spaces.”

Arkansas’s first state park proudly welcomes this next step into the future.  Since the park’s beginning in 1923, Petit Jean has been a place for lifelong memories to be made.  Petit Jean State Park offers calming, scenic views, hikes along a diverse series of beautiful park trails, comfortable, rustic cabins and lodge rooms, great camping spots and – in the near future – a fine, new, hospitable lodge restaurant to enjoy at leisure.  We welcome everyone to join us at Mather Lodge in the coming years for some of the best moments of your lives.

(note: Although the lodge & restaurant are unavailable during new construction, the cabins are available. Contact the park for more information.)