You are welcome in Arkansas State Parks.

Your state parks are incredibly diverse with beautiful wetlands, rocky mountains, clear streams and lakes, and quiet hollows. Your parks have no entry fees, beautiful overnight facilities including grand lodges, cozy cabins, and a wide variety of campsites, historic battlefields, museums, and interpretive/visitor centers. Your state parks are home to a wide array of flora and fauna, much of it visible from iconic hiking, kayaking, and cycling trails. The well-trained staff of these 52 state parks is here for you.

Our goal is for you to experience excellent hospitality and to form a personal connection to the parks. We honor tradition while seeking innovation, aiming to be treasured and relevant for generations to come.

We are committed to:

The State Parks of Arkansas had their genesis in 1907 when officials of the Fort Smith Lumber Company toured Petit Jean Mountain in the Arkansas River Valley. Although concerned about difficult logging operations due to rugged terrain, they were so impressed with the mountain’s beauty that they suggested it join the National Park System. By 1921, company physician Dr. T. W. Hardison was leading this effort: After securing Legislative approval, he approached National Parks Director Stephen Mather with an offer.

Upon review, Mather asserted the property was indeed striking, but not of national significance. He challenged Dr. Hardison to establish a State Park system—an idea Hardison enthusiastically embraced. With land donations and Legislative support, Act 276 of 1923 was passed and Arkansas State Parks was born.

Growth came in the 1930s with vital contributions of the Civilian Conservation Corps. Parks were added and the CCC built facilities and infrastructure, much of which stands today. Then and now, State Parks were favorably received. The system now comprises 52 state parks on 54,400 acres, with 1,800 campsites, 208 cabins, and 5 lodges serving 8 million visitors annually. 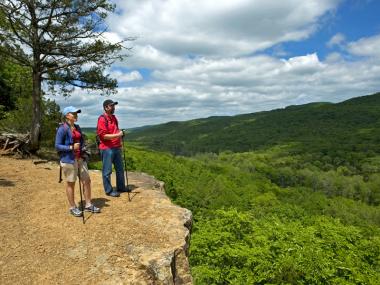 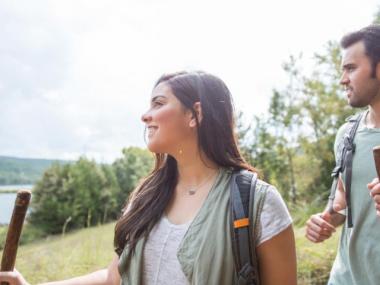 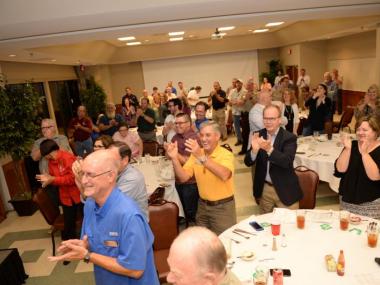 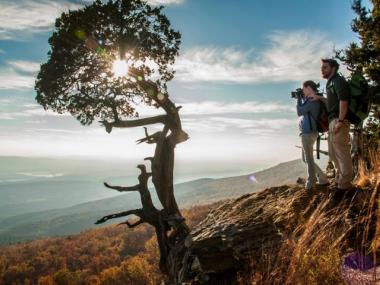 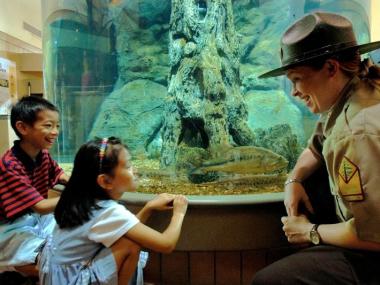 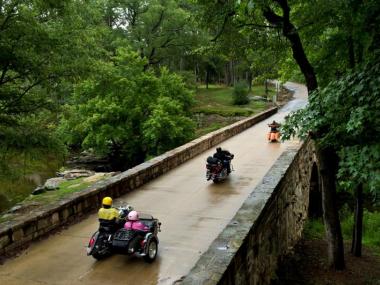