Prairie Grove Battlefield State Park is nationally recognized as one of the most intact American Civil War sites. The Battle of Prairie Grove fought on December 7, 1862, was a strategic Union victory and the last major Civil War engagement in northwest Arkansas.

The battle’s fiercest fighting took place near the Borden House. This article will highlight the history of the Borden House and its story of preservation by Prairie Grove Battlefield State Park. While it may not be the actual house that witnessed the battle, the stories that these walls can tell us are limitless.

On that fateful Sunday, the Borden family was just sitting down for breakfast, when suddenly, they were forced to flee their home at the unexpected onset of the Battle of Prairie Grove in their own front yard. The Bordens hid in a neighbor’s cellar for the entire day as the battle raged around them. When they emerged, they found their beautiful home burned to the ground by Federal troops.

The Borden homestead was the epicenter of some of the heaviest fighting during the Battle of Prairie Grove and witnessed an appalling number of casualties. The house burning occurred the day after the battle. Nine-year-old Caldonia Borden would later remark, “Well we lived over it, but I don’t have any love for a Yankee.”

Following the war, the Bordens returned to Prairie Grove and built a new house, almost an exact replica of the old one, on the original foundation. This is the structure that still stands in the park today.

Painting of The Bayonet or Retreat by Andy Thomas: The presence of the Borden House is critically important in interpreting the events of the Battle of Prairie Grove. Shown here, the 37th Illinois Infantry makes a dramatic stand in front of the house. 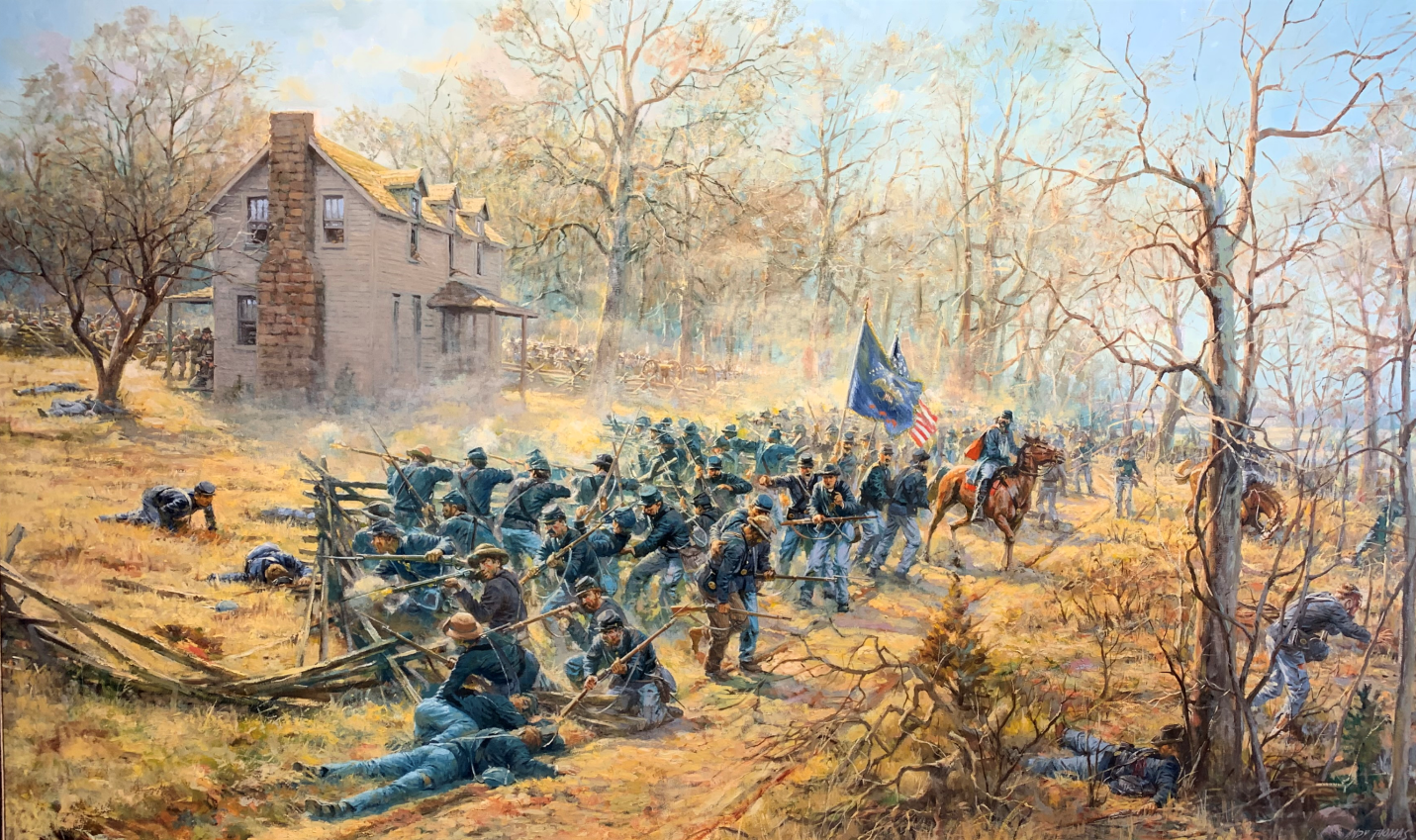 This 1902 image of the Borden family includes Archibald Borden (front row, middle), the builder of the house, and Caldonia Ann Borden (back row, right), who wrote an extensive memoir of her Civil War experiences, including the loss of the family home following the Battle of Prairie Grove. Image source: PGBSP Collections 1981-065. 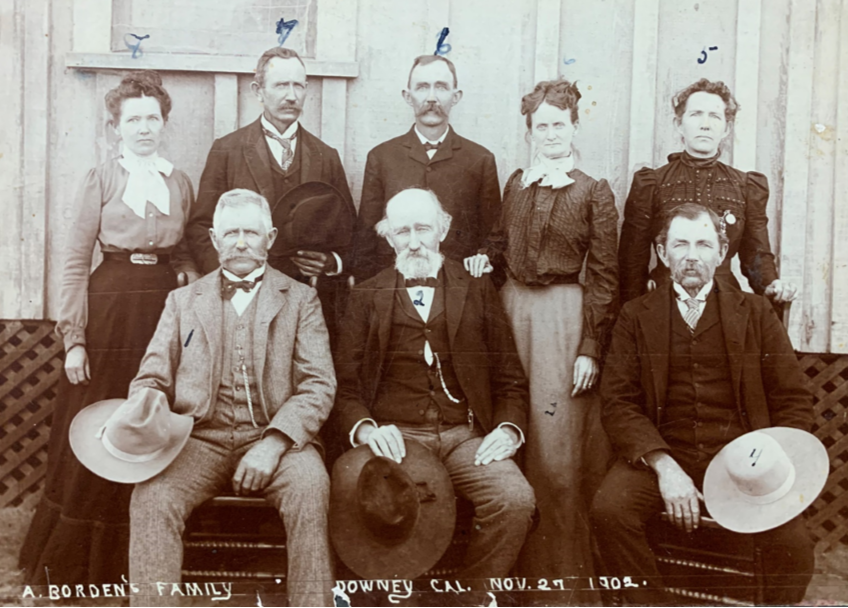 This 1896 image is the oldest known surviving picture of the Borden House and shows a beautiful two-story house with white trim and latticed porch. Image source: PGBSP. 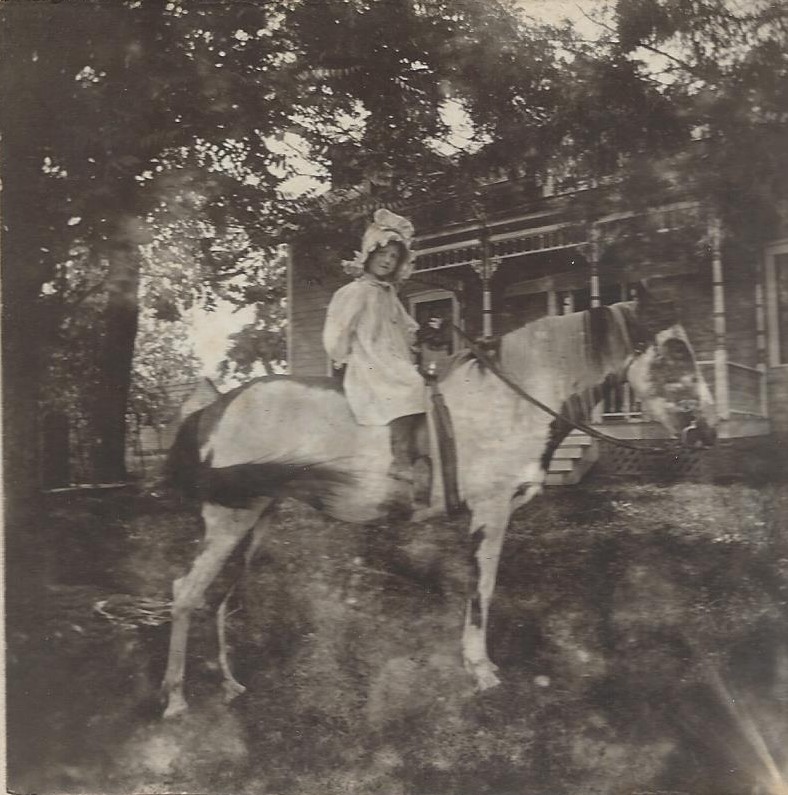 By 1942, the house began to show signs of age but was still a sturdy and recognizable structure. The house had been repainted and it is interesting to note the absence of the stairs and lattice on the porch. Image source: PGBSP.

By 1976, the structure had sat vacant for many years and fell into disrepair. Nature began to reclaim the surrounding landscape and the iconic structure was about to be lost forever. However, the newly created Prairie Grove Battlefield State Park bordered the property, and recognizing its significance to interpreting the battle, park staff sought to save the structure by purchasing the property. Image source: PGBSP. 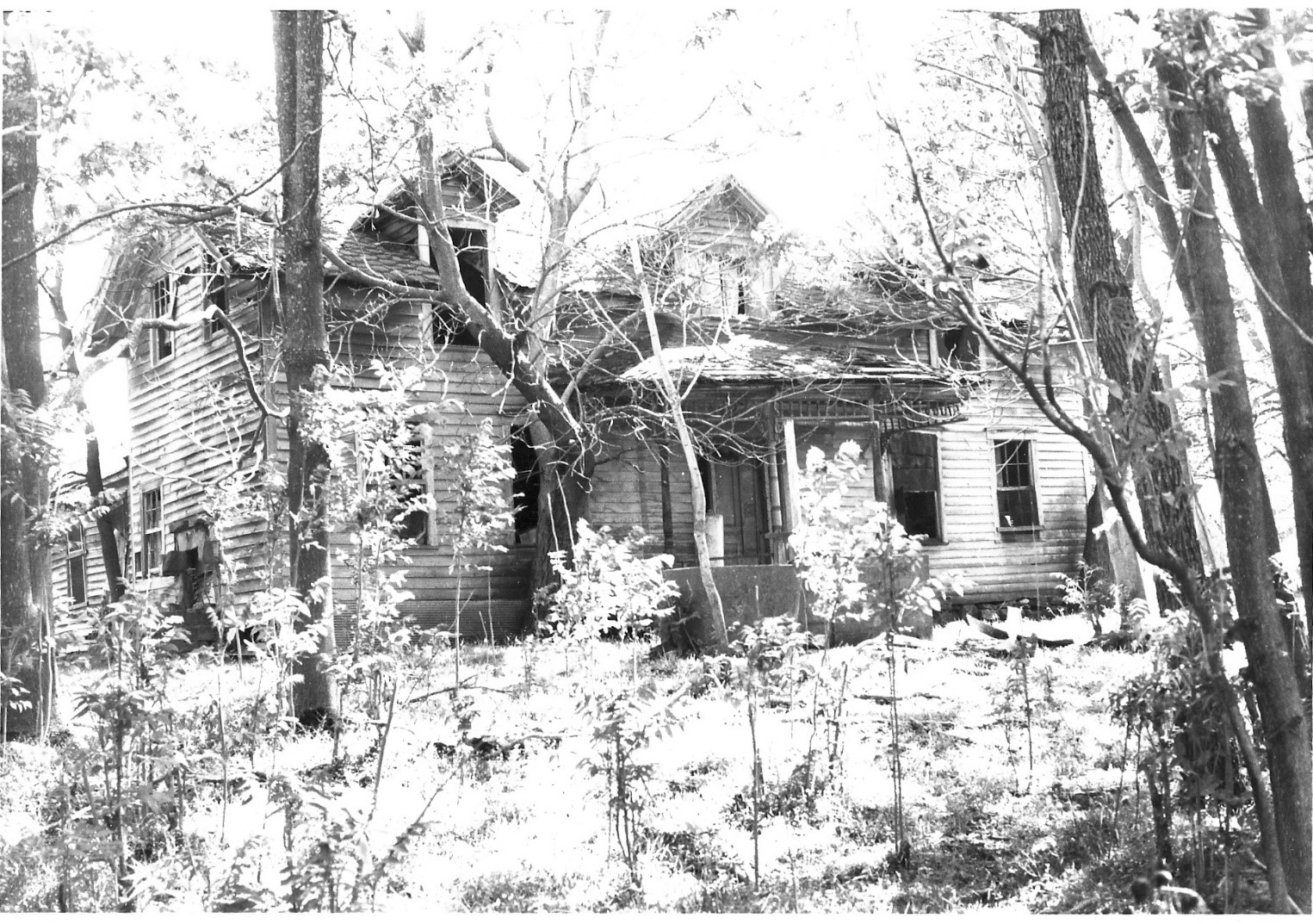 The rear of the house was in no better condition in 1976. “Due to the importance of the historic Borden house and its serious state of repair, the state must take immediate action,” said Richard Davies, then Director of the Arkansas State Parks, on August 29, 1978. On September 14, 1978, Prairie Grove Battlefield State Park completed its first expansion, successfully acquiring the Borden House and the surrounding property. Plans to restore the structure began immediately. 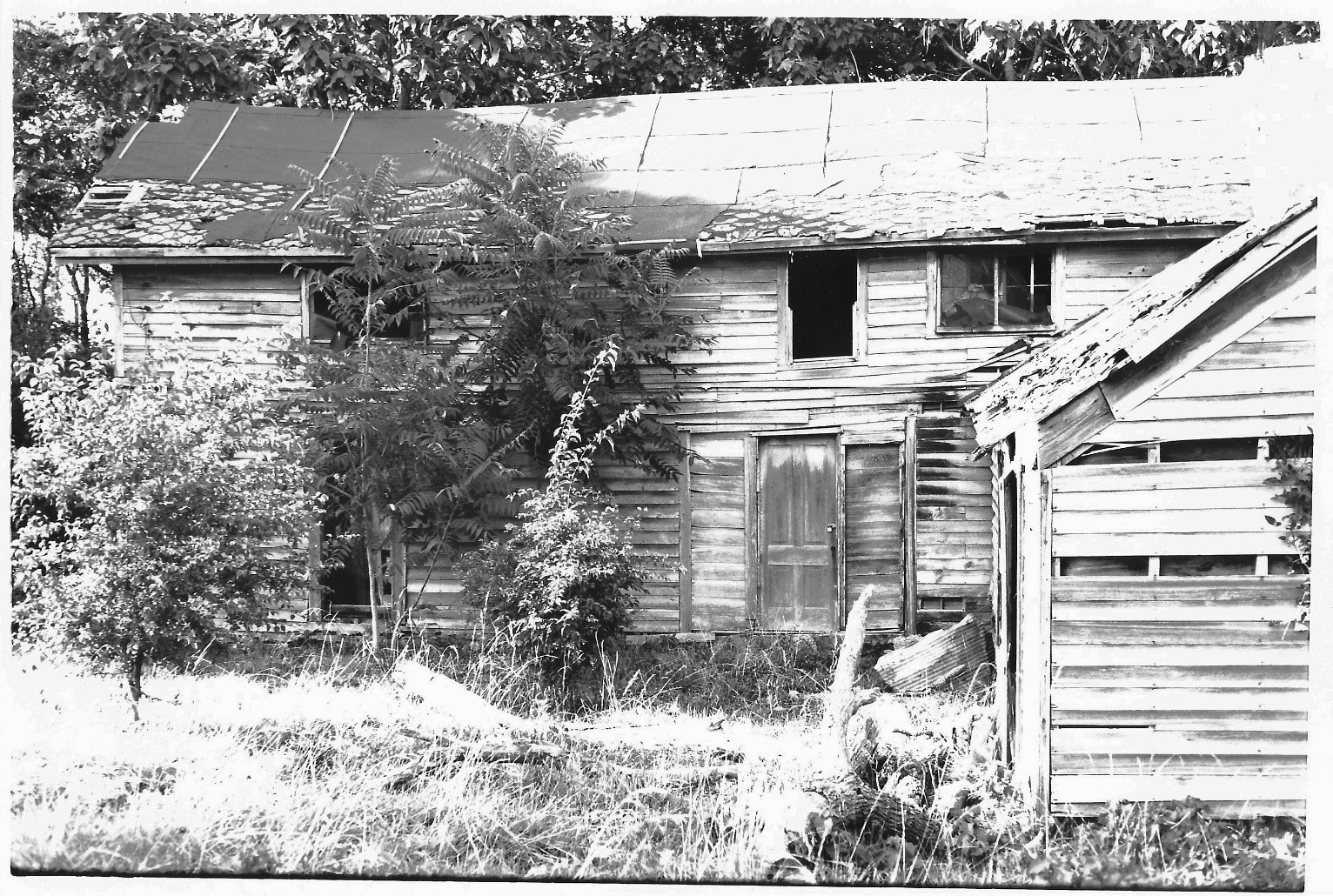 So what’s the best way to show off your recently restored building? Put it in a movie, of course! This image features the recently restored Borden House during the filming of The Blue and the Gray in 1982. An addition was built on to the western portion of the house for use in a battle scene. Image source: PGBSP. 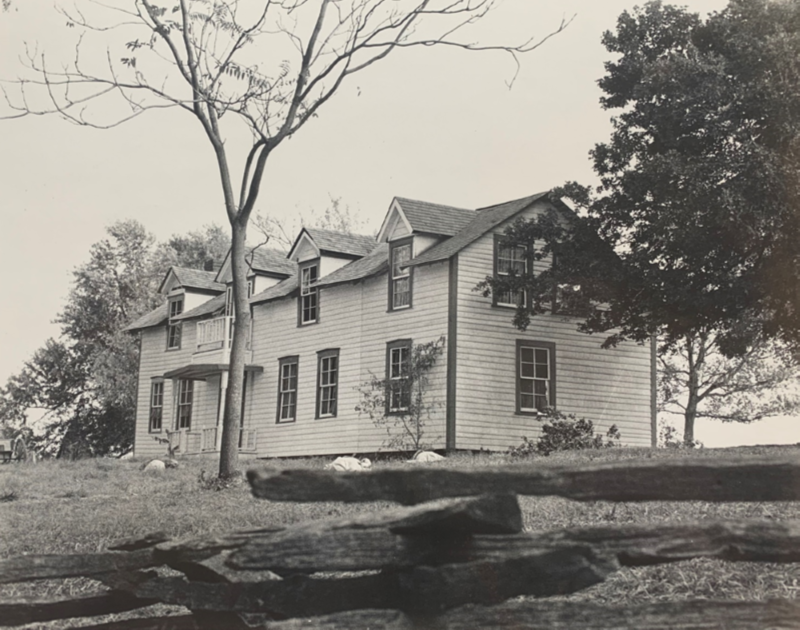 During the filming, the addition was blown up for a scene. Unfortunately, the explosion was larger than expected and damaged the original house. Image source: PGBSP. 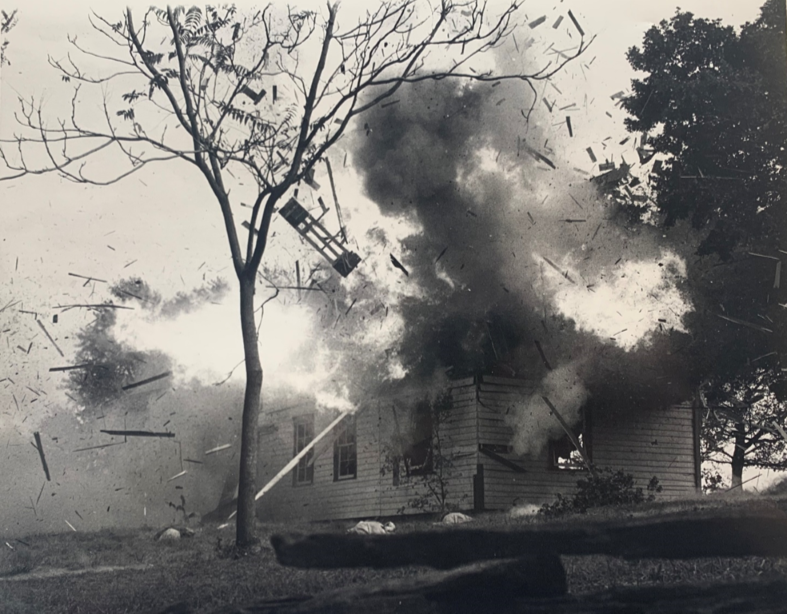 The aftermath of the explosion, showing damage to the porch and western exterior. Park officials were able to quickly repair the damage and removed the built-on addition. Image source: PGBSP. 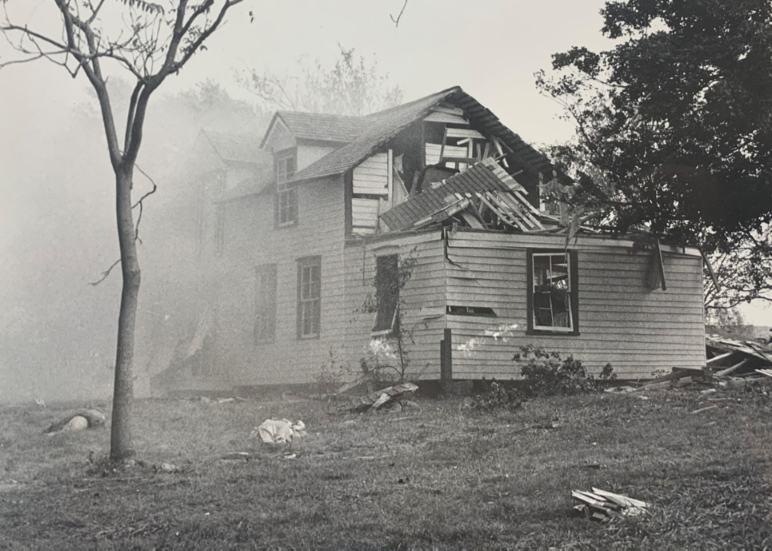 Today, the Borden House continues to stand atop the ridge at Prairie Grove Battlefield State Park, serving as a window to the past. It is listed on the National Register of Historic Places. This structure is truly an icon of Arkansas history and continues to reveal stories of our heritage. The initiative displayed by Arkansas State Parks to save this house is one of the best examples of battlefield preservation in the department’s history and ensured that the structure would live on as a reminder of the Battle of Prairie Grove and its impact on civilian life in northwest Arkansas. Image source: PGBSP. Joining Arkansas State Parks in the fall of 2018, Matt Mulheran currently serves as the park interpreter of Prairie Grove Battlefield State Park. Matt studied geology and military history at the University of Kansas and enjoys visiting parks across the nation for hiking and camping adventures. A lifelong Civil War buff, Matt enjoys sharing his passion for Civil War history with others and helping preserve the hallowed ground that shaped our nation.