After summer-like heat gave way to cooler temperatures this week, 65-year-old Pat Choate and her husband John made the two-hour drive from their home in Jacksonville, Arkansas to search for diamonds at Crater of Diamonds State Park in Murfreesboro. Originally from the Murfreesboro area, the couple has visited Arkansas’s diamond site numerous times over the years and have found five diamonds, but Choate made her biggest discovery yet on Tuesday, October 22.

According to John Choate, “Each time Pat and I see the road sign for the Crater of Diamonds while driving to the park, we always tell each other, ‘Let’s be like some of these other tourists and find a diamond within 30 minutes.’ We’ve been saying that for years, but this time it actually happened to us!”

The couple entered the park’s 37.5-acre diamond search area around 2 p.m. Pat Choate had been surface searching on Canary Hill, in the southwest part of the search area, for about 30 minutes when she made her find. According to her, “I saw something shiny several feet ahead of me and walked over to see what it was. I lost sight of it when I got close, but then I turned around I found the diamond lying beside me!” 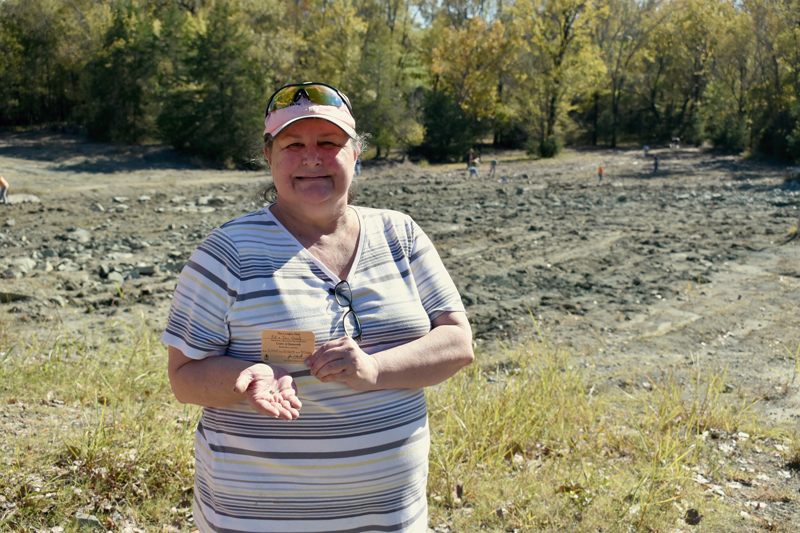 Choate says she knew she had found a diamond right away and showed it to a few other visitors who were nearby. She carried it in a pill bottle to show her husband before taking it to the park’s Diamond Discovery Center, where park staff registered it as a brown diamond weighing 3.29 carats.

According to Assistant Superintendent Meghan Moore, “Mrs. Choate’s diamond is about the size of a chickpea, with a sparkling metallic luster and a beautiful hue similar to brandy. Like many larger diamonds from the park, it appears to be fractured and contains a few inclusions, which gives it a unique appearance.” 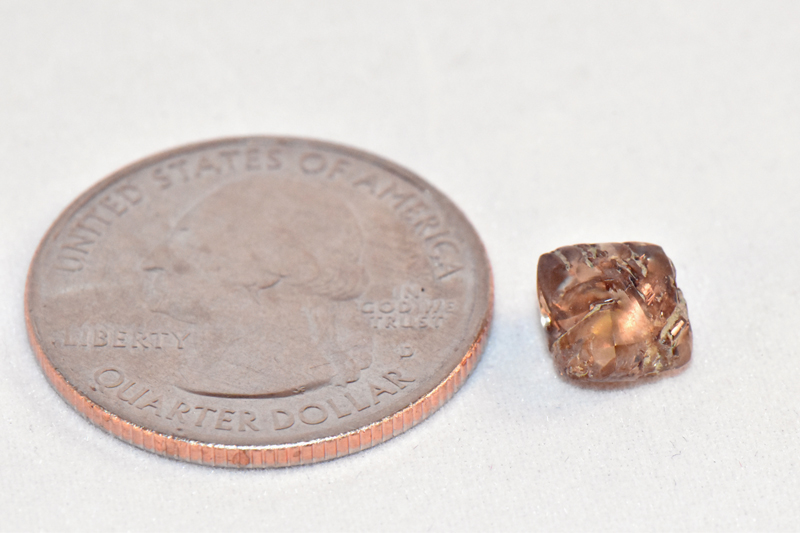 Choate’s gem is the third-largest diamond found in 2019, so far. It is the largest brown gem found at the park in more than two years, since a teenager from Centerton, Arkansas discovered a 7.44-carat brown diamond in March 2017.

Cox notes that Choate was in the right place at the right time to find her gem. “Diamonds have a brilliant, adamantine luster that is very noticeable. Mrs. Choate was in just the right spot for the diamond to catch her eye as it reflected the sun’s rays.”

Many people choose to name the diamonds they find at Crater of Diamonds State Park. Choate has named her gem Illusive Dream, saying, “It has been a long time coming, a lot of dirt, and many years of searching—and I thank the good Lord for it! I know it’s not a perfect diamond, but it sure is a thrill!” Choate says she plans on keeping her gem as a reminder of the memories she and her husband have made during their many visits to Crater of Diamonds State Park.

As of this writing, 426 diamonds have been registered at Crater of Diamonds State Park in 2019, weighing more than 84 carats.; 15 diamonds registered this year have weighed at least one carat each.