Greetings from Crater of Diamonds State Park! Last year, visitors from 34 states and one foreign country found 354 diamonds in Arkansas, weighing a total of more than 62 carats. Arkansans found 108 gems, while travelers from outside of the state registered 246. Guests found 28 diamonds on top of the ground in the park’s diamond search area; most of the others were found by either wet or dry sifting. Following is a recap of 2021 diamond finds, including two of the year’s largest discoveries.

Visitors registered 151 diamonds during the first five months of 2021. On May 10, Christian Liden, of Poulsbo, WA, registered the first diamond of the year that weighed over two carats, a 2.20 ct. yellow gem he found while wet sifting dirt from the West Drain of the search area. The diamond was light yellow, with a triangular shape and a sparkling, metallic luster. Liden named it the Washington Sunshine because he said its yellow hue reminded him of the sunlight in his home state. 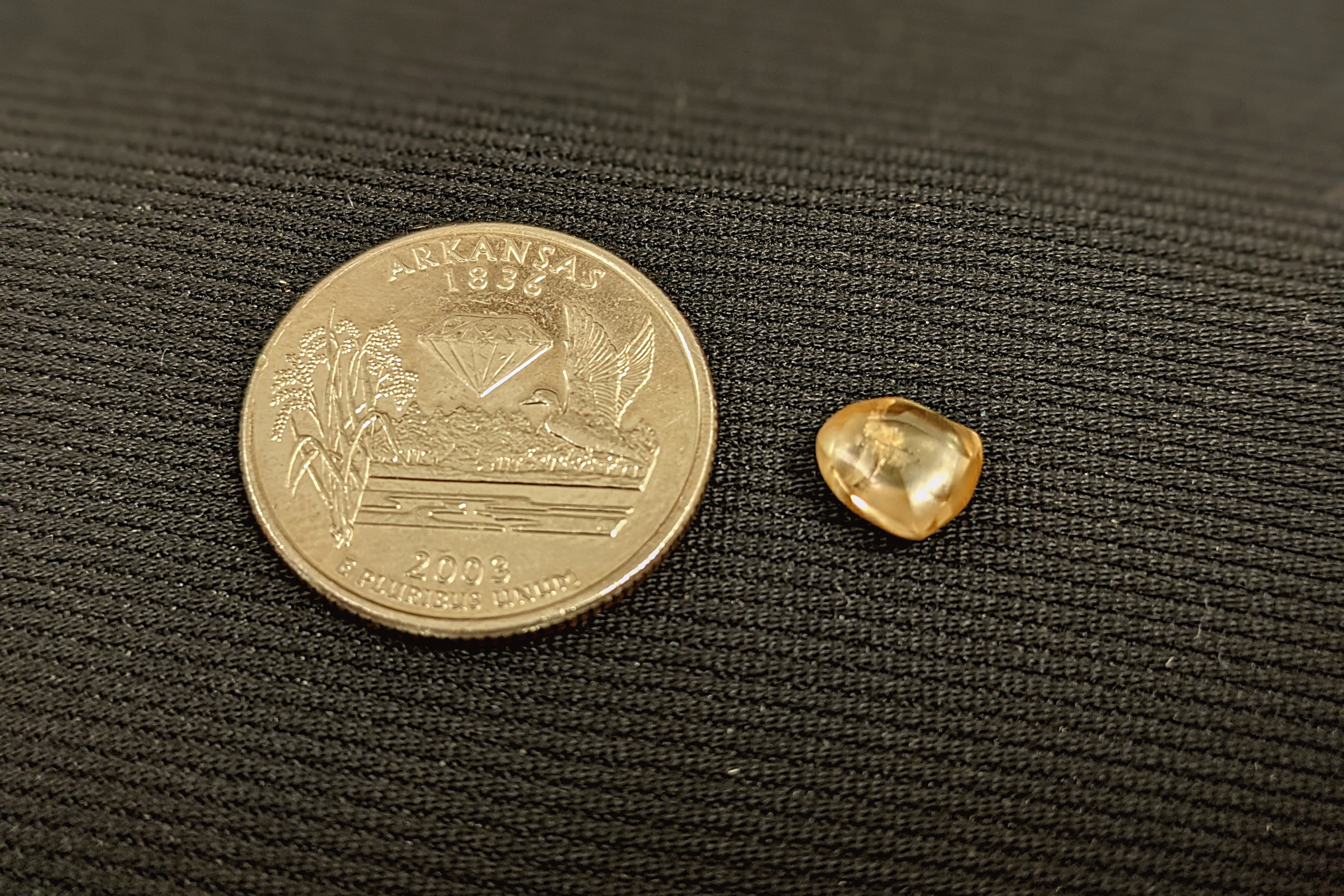 By the end of summer 2021, park guests had found 255 diamonds, including four weighing over one carat. Autumn kicked off with a big surprise for one California couple, when Noreen Wredberg and her husband, of Granite Bay, visited the Crater of Diamonds for the first time. Wredberg was walking on the north side of a central pathway through the search area on September 23 when she spotted something sparkling on top of the ground. Her find turned out to be the largest of the year, a 4.38-carat diamond about the size of a jellybean, with a pear shape and a lemonade yellow color. Wredberg named her gem after her husband’s kitten, calling it Lucy’s Diamond. 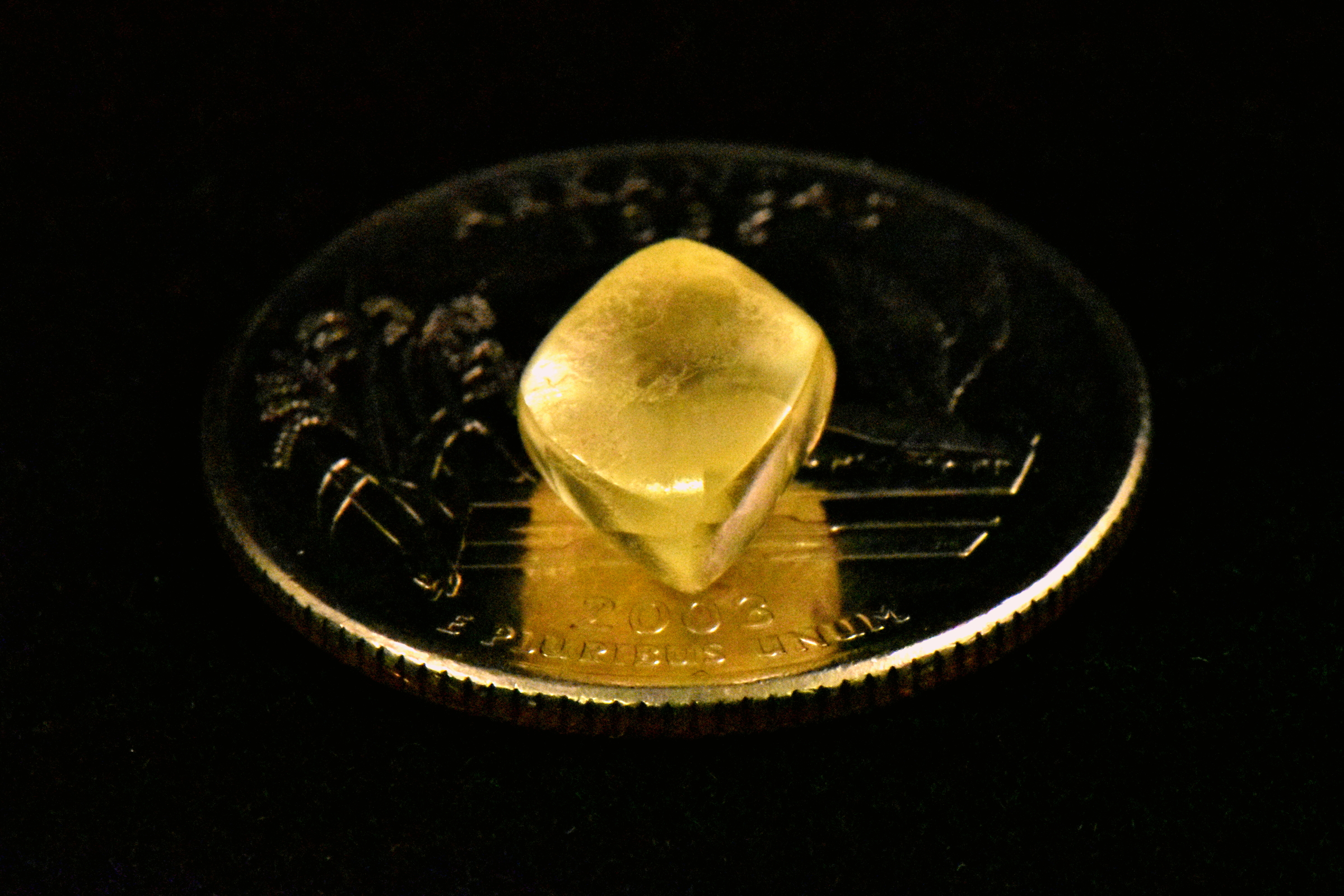 During the final three months of 2021, park guests found 98 more diamonds, including three more weighing over one carat each.

Regardless of size, each diamond discovered at Crater of Diamonds State Park becomes part of our history. We are looking forward to more exciting and historic discoveries in 2022, as the Crater celebrates its 50th year as an Arkansas State Park. We hope you'll visit during this milestone anniversary year, as you search of your own milestone diamond!