Now I’ll be the first to admit I am not a fan of the snow.  In fact I consider snow a 4-letter word that should not be spoken aloud, but when it adds to the fun and enjoyment of park visitors joining me for a program even a die hard rather melt in the sun individual such as me can find snow a positive thing.

Last month as the snow was blanketing the park the wheels in my head started spinning.  You see I had planned a Guardian and Me:  Mammals program as one of our regular weekend programs trying to entice our locals to bring their little ones (3-6 year olds) out to the park.  The program was already planned I knew I would introduce the children to the world of mammals and tell them how mammals are different from other animals.  I was going the bring out our furs and skulls for them to touch and examine,  we were going to make animal track soaps for the children to take home, and of course no trip to the park is complete without a hike to look for animals.  But as the snow piled up and started to stick I thought if we get lucky it be fun to make snow mammals as part of the program. 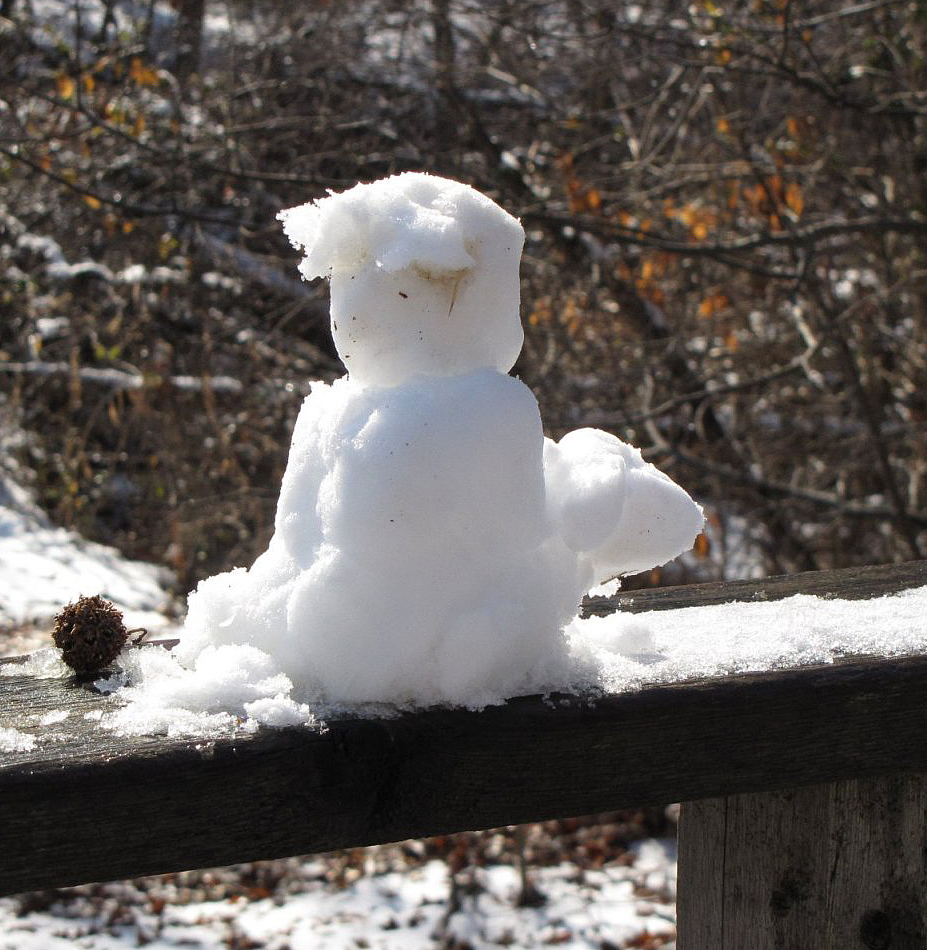 So I hoped the roads would stay clear and the ground would stay covered.  Well when Saturday arrived the snow was starting to melt, but we still had several patches.

The children seemed to really enjoy making snow mammals.  We had a snow bunny, a snow squirrel and we almost had a snow deer but there just wasn’t quite enough snow for the deer.  The remaining snow also increased the success of our hike.  The snow was a great medium for animal tracks especially on the many bridges along the trail, so even though we did not see any of our resident mammals we saw more pristine animal tracks then I have ever seen on a group hike.  We had several canids (mostly domestic dog), what was probably a member of the cat family and an eastern cottontail Rabbit.  So I guess I will have to change my mind about snow and maybe remember that a little snow can be a great thing. 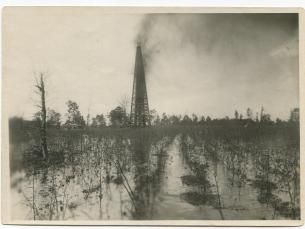 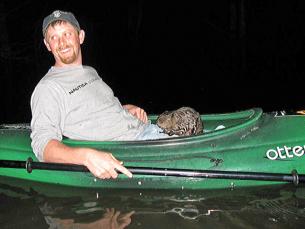 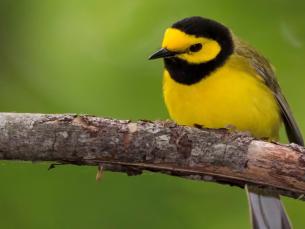 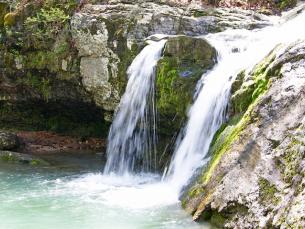 An Adventure in Spring