Nothing in their outward appearance indicated they were killers.  They looked like normal well-adjusted boys, and then came the chilling testimonial.  One of the cherub-faced youth described the turtle and how they had used a hammer to bash in its shell.  They still recalled the blood in vivid detail. Obviously, if ever a group of kids could benefit from an interpretive program on Box Turtles, it was here before me.  I was no longer preaching to the choir.  They were singing from a very different sheet of music.  They were singing a troubling song.

Here was my chance to make an impact.  I would finish this interpretive program and these turtle killers would see the error of their deviant ways.   I just stared for a moment and proceeded with my turtle program.  “This is the perfect program for this bunch,” I thought.  What a coincidence that the turtle murder had taken place just a week before.  “How sad,” I said, trying to blunt the attention they had drawn to themselves with their grizzly confession.

After the turtle fact section of my program, I moved on to the interpretive heart of what I had to say.  I reached for my copy of The Grapes of Wrath and turned to chapter three.  “If this doesn’t break the spirit of the turtle killers, nothing will,” I thought.   Steinbeck interprets human nature and frames the choice between good and evil better than anyone.  The lady in the story swerved to miss the turtle, but the redneck swerved to hit the turtle.

I glance at the turtle killers as I read the passage where the turtle is spun like a tiddily-wink.  No recognition of guilt is visible in their faces.  No sign that they have even made the connection between this story and their own action.

The turtle flipped upright and moved on.   I read, “The wild oat head fell out and three of the spearhead seeds stuck in the ground.  And as the turtle crawled on down the embankment, its shell dragged dirt over the seeds.”

I couldn’t tell that we had done much good with the rehabilitation of the turtle killers during the week.  No remorse would be forthcoming.  This troubled me.  Maybe it shouldn’t have.  Most of the time we offer programs for non-turtle killers.  The people who voluntarily participate in interpretive programs are the people who need them the least.  Have you ever noticed that the smartest people are always hanging around in the library or bookstore?  The turtle killers are just little boys.  I was a little boy once and did some pretty cruel things to animals myself.  I turned out all right.  Maybe the turtle killers will too.  Steinbeck’s seeds never came up during the week of our Day Camp, but I still have hope.  They may germinate some day. 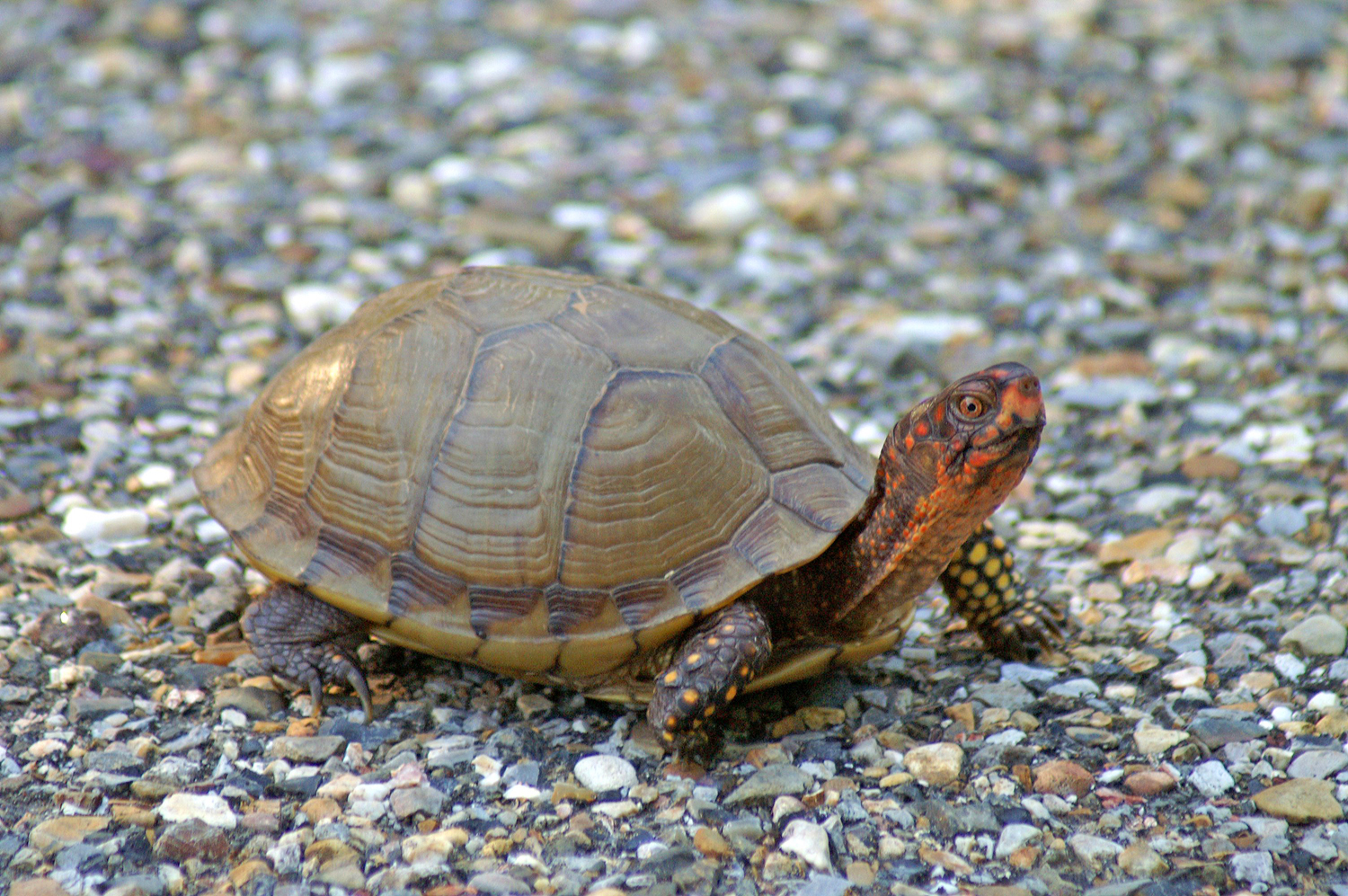 Video: Just Roll with It!