Musings of a Westerner on the Natural State

I moved to Arkansas in March last year to take the position of park interpreter at the Crater of Diamonds State Park.  Until that time I had spent most of the previous twenty years living in the Pacific Northwest, in particular Idaho, Nevada, and Oregon.  In my life I have moved around quite a bit, living in 13 states if I include Arkansas.  Moving to different parts of the country is a bit like visiting a foreign country, even though we supposedly all speak the same language and have the same general culture.  So, I have had fun over of the last year getting to know Arkansas’ countryside and cultural idiosyncrasies. 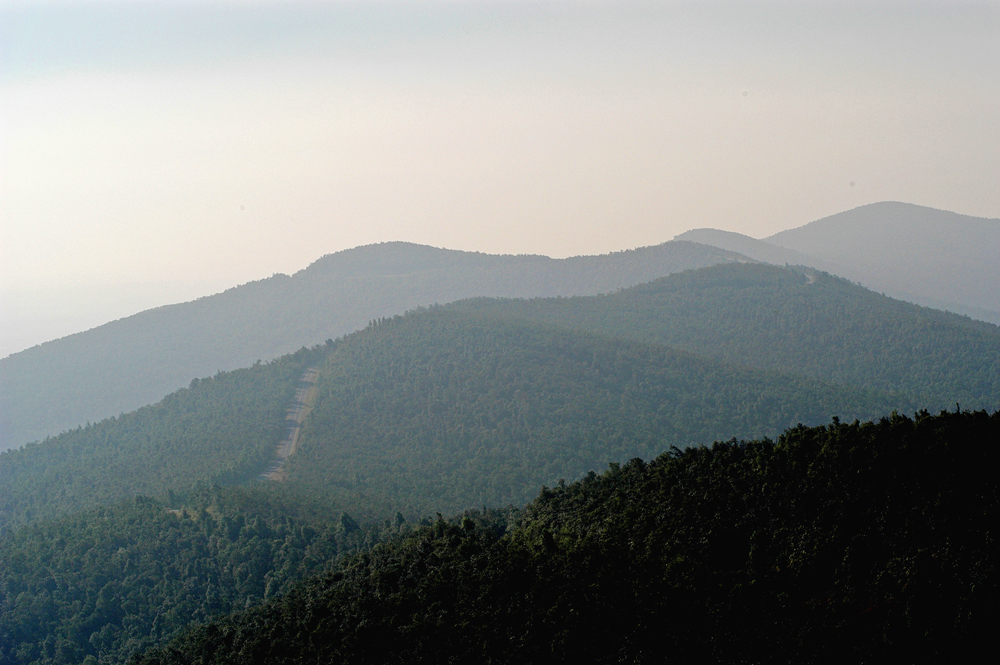 I will admit that before moving to Arkansas I knew very little about the Natural State.  I grew up in central Illinois and my family travelled fairly widely.  However, the only family visit to Arkansas was a spring break spent in Hot Springs, and those memories were very faint.  Somehow, Arkansas never came up when people talked about beautiful places to visit.  This surprises me now, because Arkansas really is one of the most beautiful places that I have lived.  It doesn’t have the dramatic beauty of the Rocky Mountains of Colorado and the Big Sky Country of Montana and Idaho.  It isn’t as lush as the Pacific coasts of Oregon and Washington.  And it doesn’t have the dramatic canyons of Arizona and Utah.  Instead, it has a gentle and comfortable kind of beauty with panoramas of blue hills seen from its high points, like Mt. Magazine and Queen Wilhelmina State Parks. 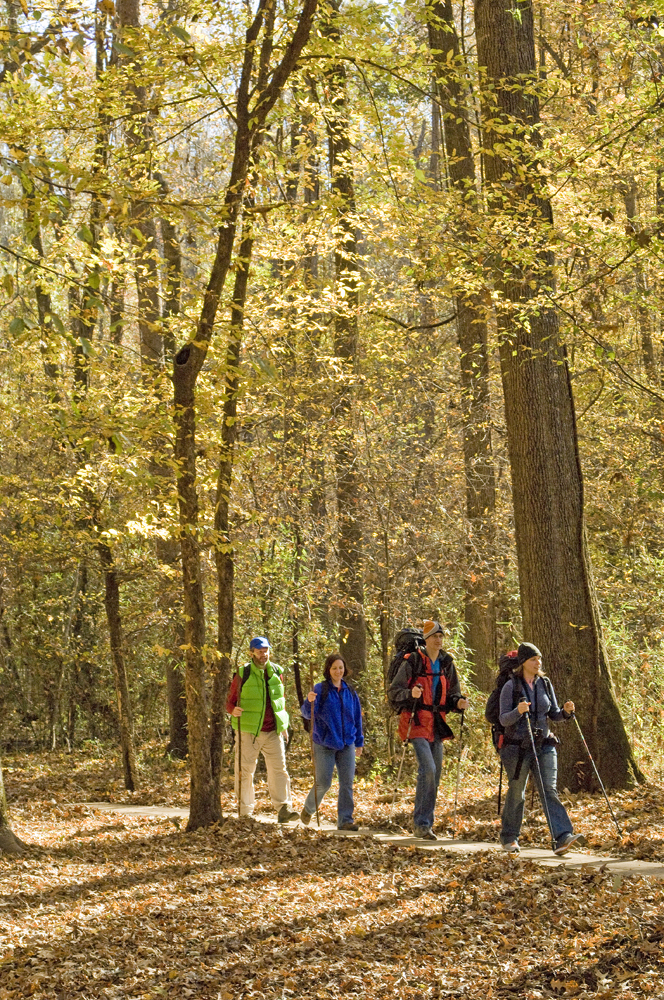 I particularly love the open woodlands with their mix of hardwoods and pines.  In the summer they embrace like a lovely green room, and in the winter, after the leaves fall, the horizon returns with red sunrises and sunsets glimpsed through the black trunks of trees. In the spring the woods are full of white and rose clouds from the blooming dogwoods and redbuds.  Each season seems to bring some new beauty to be admired.

One of the fun things about living in different places is appreciating the little cultural differences.  Probably the local people would be surprised at the things that I find unusual.  For example, I have never lived anywhere that campers routinely pack fans and air conditioners in addition to their tents and outdoor stoves.  But, having now lived through the warm and humid summer nights, I understand why fans are standard camping equipment items.  Also, I was driving home late one evening last summer and noticed that my car windows were fogging up.  Imagine my surprise when I discovered that the condensation was on the outside of my car windows, and even though it wasn’t raining I had to run the wipers to clear my windows.

As I have traveled around I have also noticed that Arkansans seem to love their lawns. They have the biggest expanses of beautiful green grass carpets of anywhere I have lived.  In the West most lawns are only green if they are watered regularly, so with water in short supply, the lawns are usually small.  When I moved to Portland, OR, a place that most people in the rest of the country think of as the epitome of greenness, I was amazed when all the lawns were left to turn brown.  Perennial water shortages in the late summer, with the resulting high water bills to water their lawns, mean that most lawns are left to dry up.  But, in Arkansas, with higher rainfalls and lots of riding lawn mowers, the lawns expand to cover acres, dotted with beautiful pine trees. 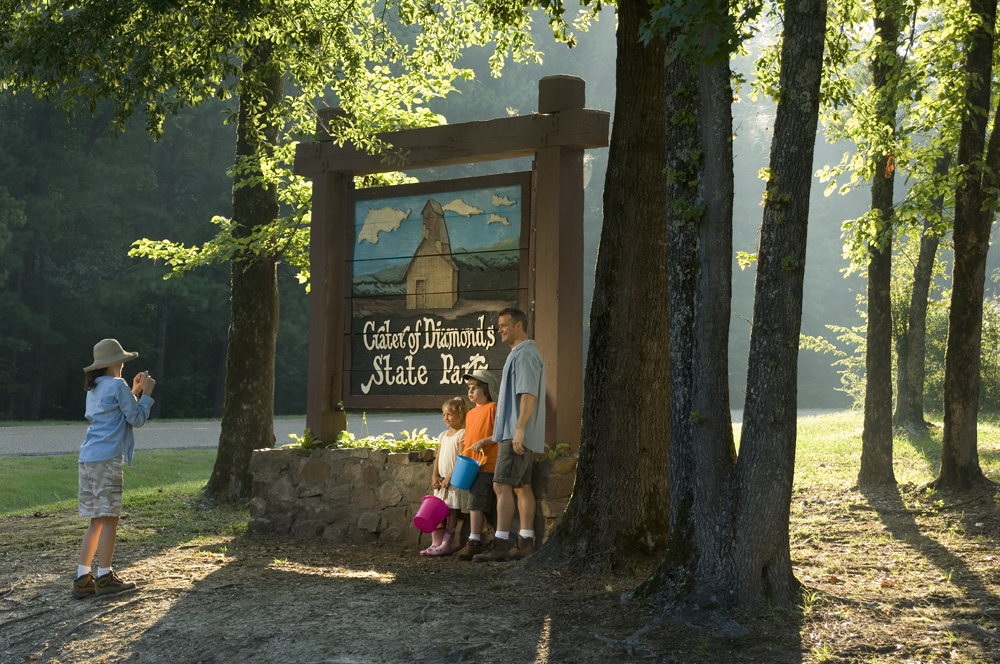 Finally, even some things that are practical and obvious to the resident can catch the eye of the newcomer.  One of my favorites is the open-sided steel buildings I see in the local cemeteries.  It is an obvious thing to provide permanent shade for graveside services and extremely practical given the summer temperatures and humidity here, but I just never have seen it in other states.  I also love the small cemeteries that I encounter as I come around curves on the winding Arkansan byways, some family cemeteries but most left from an era when the small towns were close together.

I am looking forward to continuing my exploration of Arkansas.  I have not yet visited the Ozarks or the Mississippi Delta.  When I think of the term “Natural State”, it is usually defined as “unspoiled”.  However, I have come to a different view—to me the Natural State is beautiful because it is unembellished and unpretentious, so that its native beauty is completely visible. 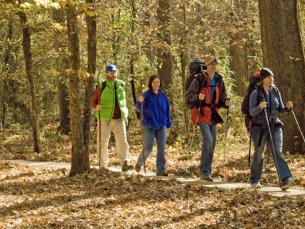 Musings of a Westerner on the Natural State 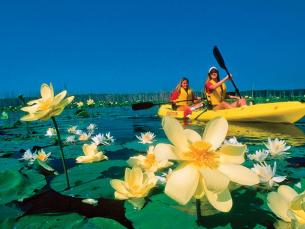 Take a Journey to Another World