After nearly a year of searching the field at Arkansas’s Crater of Diamonds State Park as a team, two regular visitors discovered this year’s third-largest diamond found at the park. Jack Pearadin, of Murfreesboro, Ark., and Doug Nelsen, of Winneconne, Wis., found a 1.73-carat diamond on Sunday, December 11. 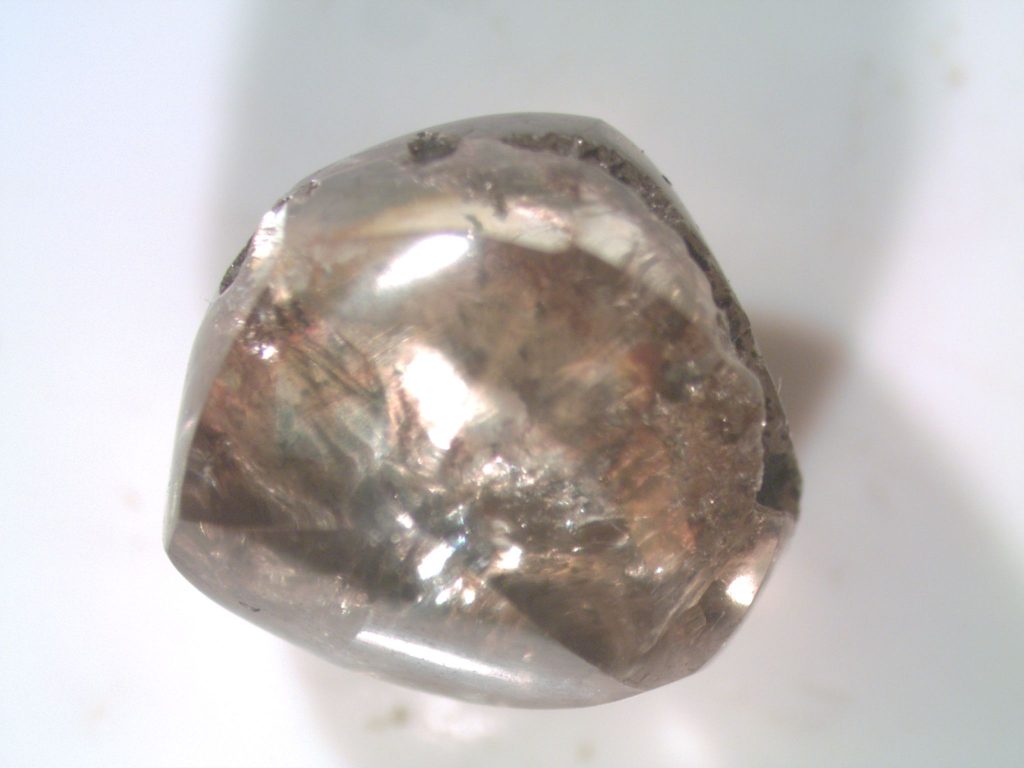 According to park interpreter Betty Coors, Pearadin first saw the diamond while in the mining process of washing gravel. “He says he poked Nelson and told him simply that he needed to look at this.”

They placed the diamond in a water bottle and carried it to the Diamond Discovery Center to have their find verified by park staff. Because it was so late in the day, they returned to the park on Monday morning to register their diamond and to have photos taken. 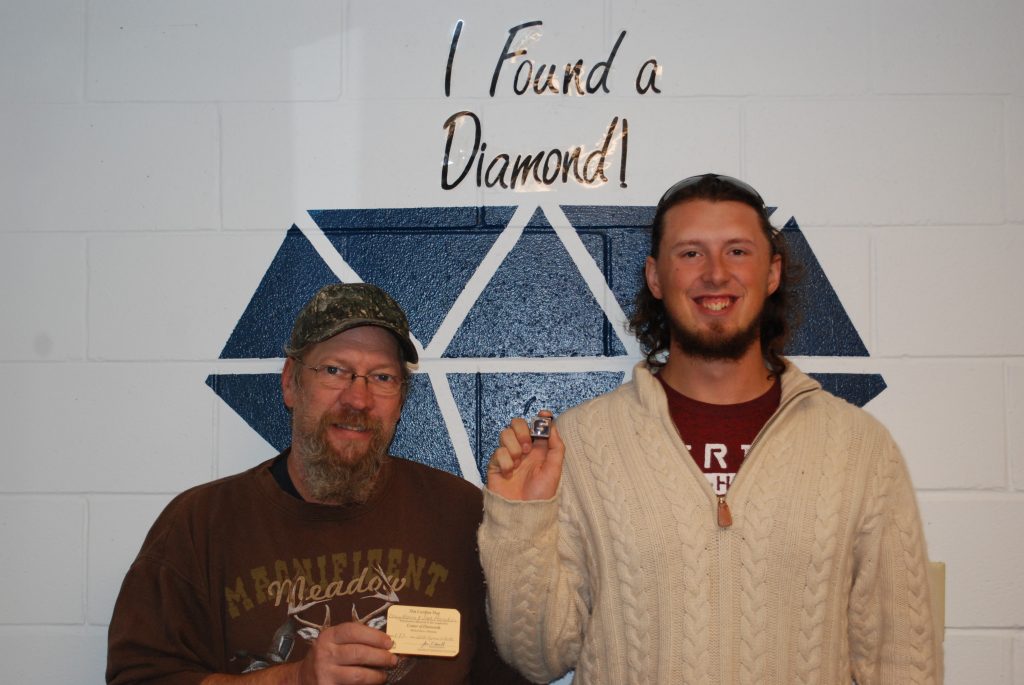 The pea-sized white gemstone, which has a brownish tint, is Pearadin’s 36th diamond and the largest of his finds at the park since he began his quest for diamonds over three years ago. His previous record was an 87 pt. yellow diamond. Nelsen had previously found four other diamonds, his largest a 29 pt. white. He also found a 22 pt. white on the same day as the 1.73-carat diamond.
Many visitors choose to name the diamonds they find at the park. Pearadin and Nelsen agreed that if their diamond was a little larger they would call it the Kaleidoscope Diamond, because of the various colors seen in the stone. 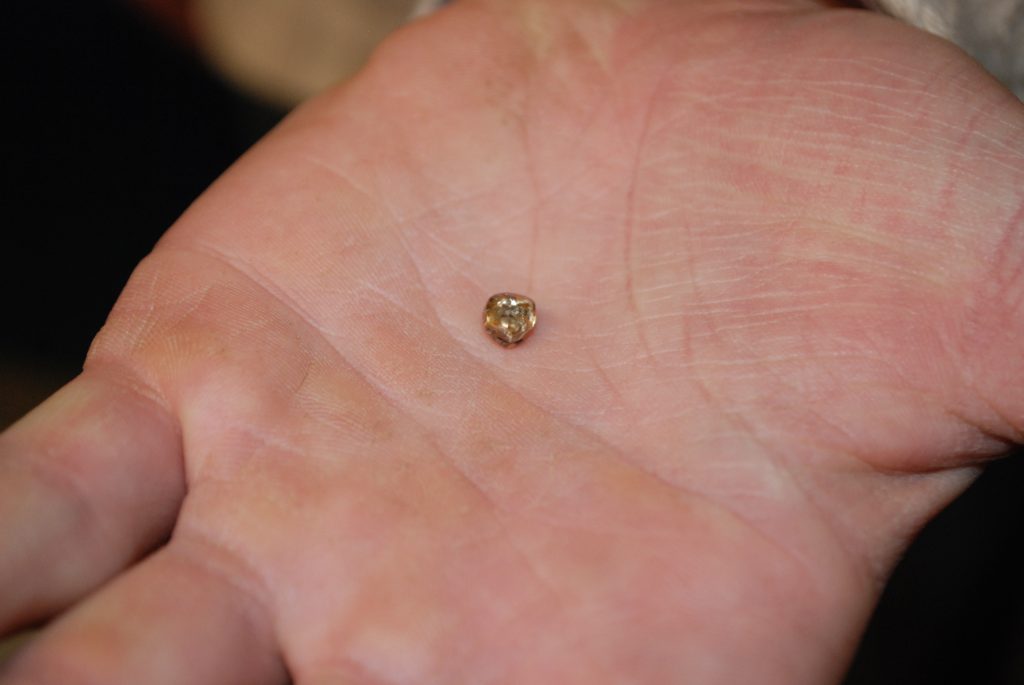 Walking in Mud at Crater