History of the Diamond Mine

For years, locals wondered about the unusual green dirt about two miles south of the small farming community of Murfreesboro, Arkansas. Geologists examined the soil in the late 1800s and found it to be similar to diamond-bearing volcanic material elsewhere in the world, but they failed to uncover any of the precious stones at that time. Early in the 20th century, a local farmer named John Wesley Huddleston purchased land near Murfreesboro which included part of this volcanic material. In August 1906, he discovered the first diamonds on his property. Known as Arkansas's "Diamond King," Huddleston soon sold his land to a commercial mining company for $36,000. A diamond rush developed as soon as word of the finds got out. The Conway Hotel in Murfreesboro is said to have turned away more than 10,000 people in just one year who could not be accommodated in the hostelry. The Tent City of Kimberly was established between Murfreesboro and the diamond mine, but nothing remains of it today. 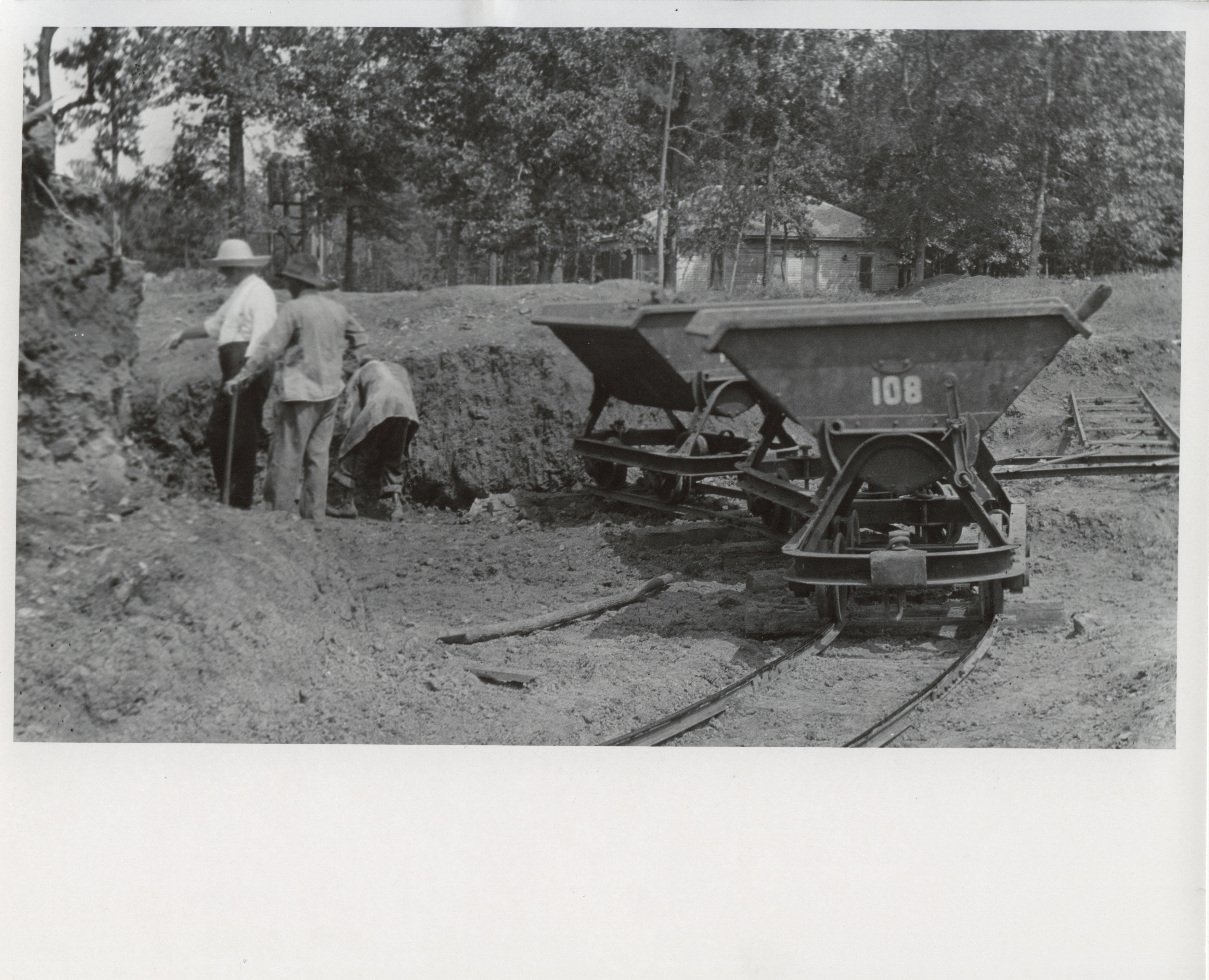 The men who bought the Huddleston property began the Arkansas Diamond Company. However, there were 40 acres of diamond-bearing soil that had not been owned by Huddleston. M.M. Mauney owned that land, and he refused to sell. Mauney tried to mine his property and even allowed visitors to search for a fee. Finally, he sold a 3/4 interest in the property to Horace Bemis who organized the Ozark Diamond Corporation. However, Bemis died soon after, and his heirs weren't interested in diamond mining. Austin Millar and his son Howard bought Bemis' share. The Millars tried to buy out Mauney's 1/4 share but failed.

The Millars built and operated a small commercial plant that was successful until the entire installation was destroyed by fire on January 13, 1919. They were never able to rebuild.

In 1949, the first real attempt was made to open the Arkansas diamond field to the public. The land was leased from the Millars and opened in 1951 as the Diamond Preserve of the United States. Later, the name was changed to the Crater of Diamonds and the site ran successfully by Mr. and Mrs. Howard Millar. The adjacent property had passed through various owners and was in the hands of Mrs. Ethel Wilkinson of Logansport, Indiana, at the time. She opened her property to the public as The Big Mine, and a fierce battle of the billboards began. During this time, they competed fiercely with one another by posting billboards. Each attraction's billboard claimed that one was better than the other, or the largest part of the deposit, and so forth.

Finally, in 1969, General Earth Minerals of Dallas, Texas, bought both properties. Neither site operated as a commercial mine, but continued as a private tourist attraction until 1972 when the State of Arkansas bought the land for $750,000 to develop as a state park.

Today, park visitors can go treasure hunting in Arkansas at the Crater of Diamonds State Park for a nominal fee to access the search area, the 37 1/2-acre plowed field containing the diamond-bearing soil.