A Wild and Scenic River

Do you hear that sound? Something is pounding. Do you hear the music? What could it be? You are standing approximately 130 miles southwest of Little Rock, Arkansas, in 5,600 acres of one of the most rugged and spectacular river corridors in the central United States. It is made up of steep wooded slopes, outstanding geological features, and cascading clear water. Not only is the water quality high, but the river features Class III, IV, and even Class V rapids (this is dependent on rain events), making it a favorite with skilled canoeists and kayakers. 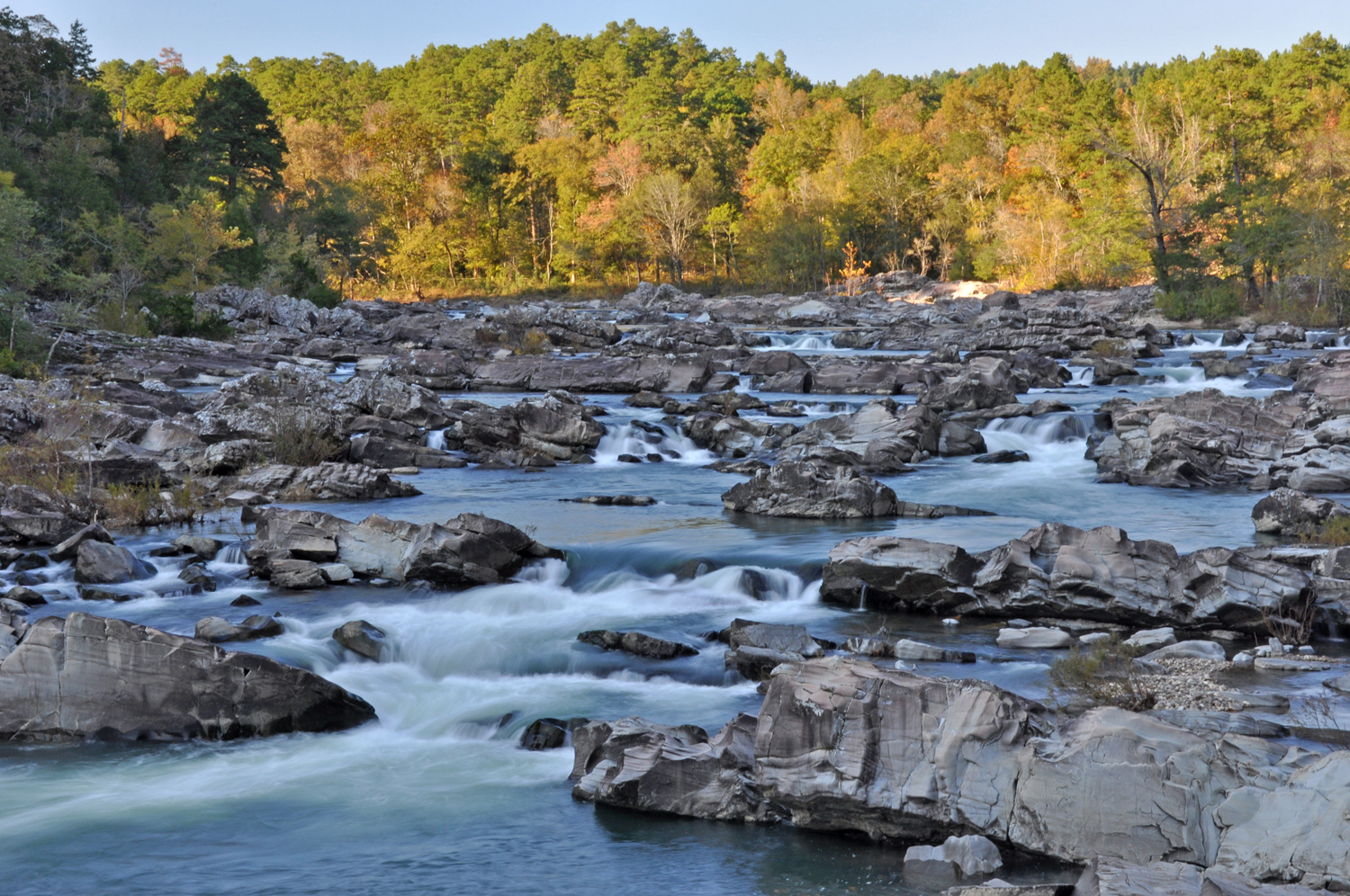 The combination of natural vegetation, rugged topography, exposed rock formations, and sparkling water creates a scenic extravaganza. You can easily access the river in several places throughout the park, meaning you don’t have to be a skilled kayaker or advanced hiker to enjoy this scenery. Those who want that further challenge certainly have it available to them, but really, this park is open to everyone. Click here for more information on the park’s trails, river access points, floater tips, etc.

The Story of Cossatot:
The idea of establishing a Natural Area along the upper Cossatot River first surfaced in 1974, not long after the Arkansas Environmental Preservation Commission (AEPC) was created. In October, 1975, the staff of Arkansas Natural Heritage Commission (ANHC; formerly the AEPC) contacted Weyerhaeuser Company (WEYCO) to discuss acquiring the Cossatot Falls area and other portions of the Cossatot River corridor. A few months later, in January 1976, the ANHC presented a written proposal to Weyerhaeuser. The Company’s response to that proposal, while positive in many ways, was tempered by concerns over the Commission’s limited manpower resources for overseeing such an intensively-used public recreation area.

Discussions continued off and on until 1984, when productive negotiation began in earnest. By that time, the Division of Arkansas State Parks (ASP) had joined in the effort to protect the river corridor, enabling ANHC and ASP to prepare a joint proposal that addressed the WEYCO’s concerns about the State’s ability to manage the property. Once a tentative sale agreement was reached, the ANHC requested that the Arkansas Field Office of The Nature Conservancy assist with the negotiations and acquisition.

The Nature Conservancy agreed to acquire and hold in trust the acreage identified for the proposed Cossatot River State Park Natural Area (CRSPNA) until funding was available for its purchase.

Negotiations culminated on November 19, 1988, with Governor Bill Clinton’s announcement at a joint meeting of the State Parks, Recreation, and Travel Commission and the Natural Heritage Commission that the State of Arkansas, in cooperation with The Nature Conservancy, would acquire an 11-mile segment of the upper Cossatot River. On December 23, 1987, The Nature Conservancy acquired title to the 4,254-acre park-natural area. Final approval of state park designation was granted by the Legislative Council, per Act 512 of 1975, on February 19, 1988. In May of 1987 the Arkansas Natural and Cultural resources Council approved a multi-year grant for the purchase of CRSPNA. The Council also awarded a first-year stewardship grant for the project.

The Nature Conservancy transferred management responsibility for the area to the State in July, 1988. State Parks and the Natural Heritage Commission entered into a cooperative management agreement.

In 1990 Arkla Gas Company acquired the 160 acre Brushy Creek access tract from private individuals and donated it to CRSPNA in compensation for crossing the park with a 36 inch gas pipeline. With the addition of other land acquisitions, the current size of CRSPNA is 5,600 acres.

Cossatot River State Park’s Mission:
Our mission at Cossatot River State Park-Natural Area (CRSPNA) is, “to provide resource stewardship for the 12 mile CRSPNA river corridor and to sustain the natural integrity of the river and its riparian forest; to enhance public awareness and understanding of our natural resources through environmental education and interpretation. This includes natural resources such as endemic, rare, or threatened plants and animals of the Ouachita Mountains; and natural history of the Ouachita Mountains and the Cossatot River.” 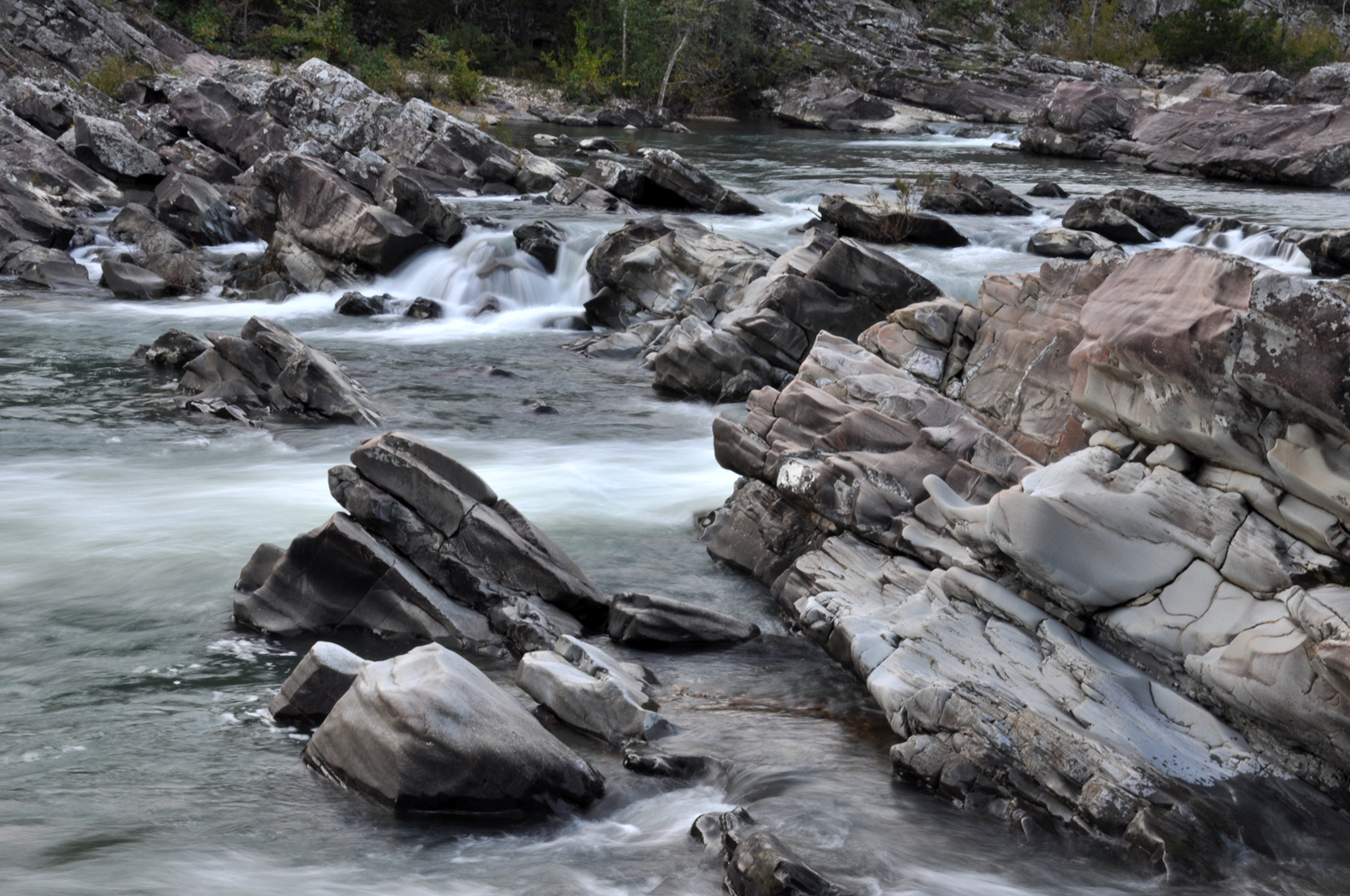 Cossatot River is one of a kind it is unique in the fact that it is a river that offers Class V rapids (which is dependent on rain events), it is one of the cleanest rivers in the State of Arkansas (the pH average level runs around 6.7), and the river runs north to south, while the surrounding Ouachita Mountains line up east to west.  It is also a state and federal Wild and Scenic Rivers “extraordinary resource” stream.

When weather and water conditions allow, we offer kayaking classes and guided tours down this amazing river.  Here is a blog, written by one of our participants, about camping and paddling on the river with his son.

Enjoy a short movie clip of a part of The Wild and Scenic River:

Of course, when the water wants to get a little rowdy, it can. At these times we recommend only the most experienced kayakers venture out on the river: “A Walk In The Park” The Jett and Simms Well