Confirmation of two large diamonds found at Crater of Diamonds State Park made for a busy week last week at the park, one of the only places in the world where the public can search for diamonds in their original volcanic source.

“This unique park is one of our state’s most popular destinations,” said Stacy Hurst, secretary of the Arkansas Department of Parks, Heritage and Tourism. “It’s always exciting for one of our guests to find a gem, and the staff is really great at working with them to confirm what they have found and hear each particular story of how they found it.”

Serendipity Diamond is 12th-largest found since 1972

Dr. Mindy Pomtree of Benton, Ark., was at the park in June and found her diamond near Beatty’s Hill when she spotted a glittering pebble on top of the ground. She put the stone in a zippered pocket and continued searching, not knowing what it was. “I kept feeling of my pocket throughout the day to make sure it was still there. I didn’t know if it was a diamond but thought it looked cool, and it was definitely shiny!” 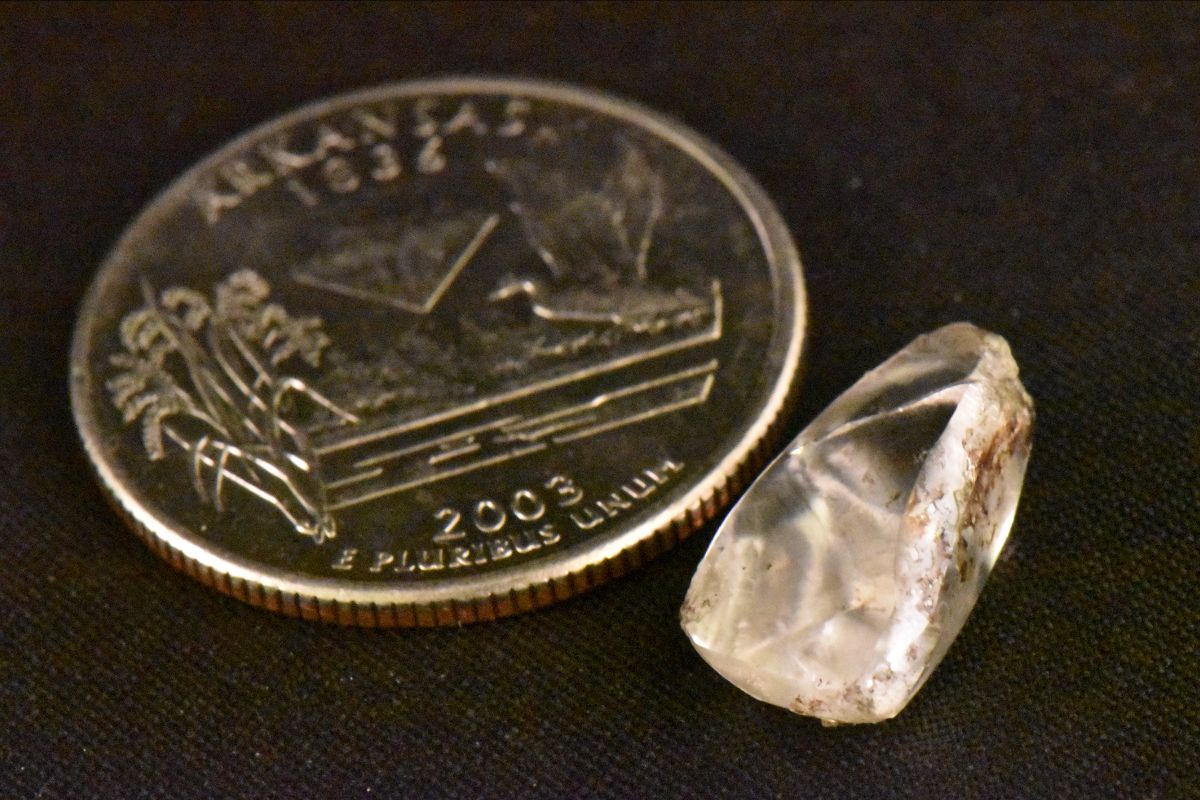 When she returned home, Pomtree took the stone to a jeweler who confirmed that she had indeed found a genuine diamond. Park Superintendent Caleb Howell arranged for her to return to the park to have it weighed and registered. Howell confirmed that it is one of the biggest diamond finds during his tenure at the park. The diamond weighs 6.39 carats and is about the size of a pumpkin seed.

Park Interpreter Waymon Cox noted that many of the park’s large diamonds tend to be found on the surface. “Diamonds are a bit heavy for their size. When it rains, runoff washes away small rocks and minerals and sometimes uncovers larger diamonds, such as Dr. Pomtree’s. Diamonds have a natural metallic shine and are often easy to see on top of the ground. All it takes is being in the right place at just the right time to find one!” 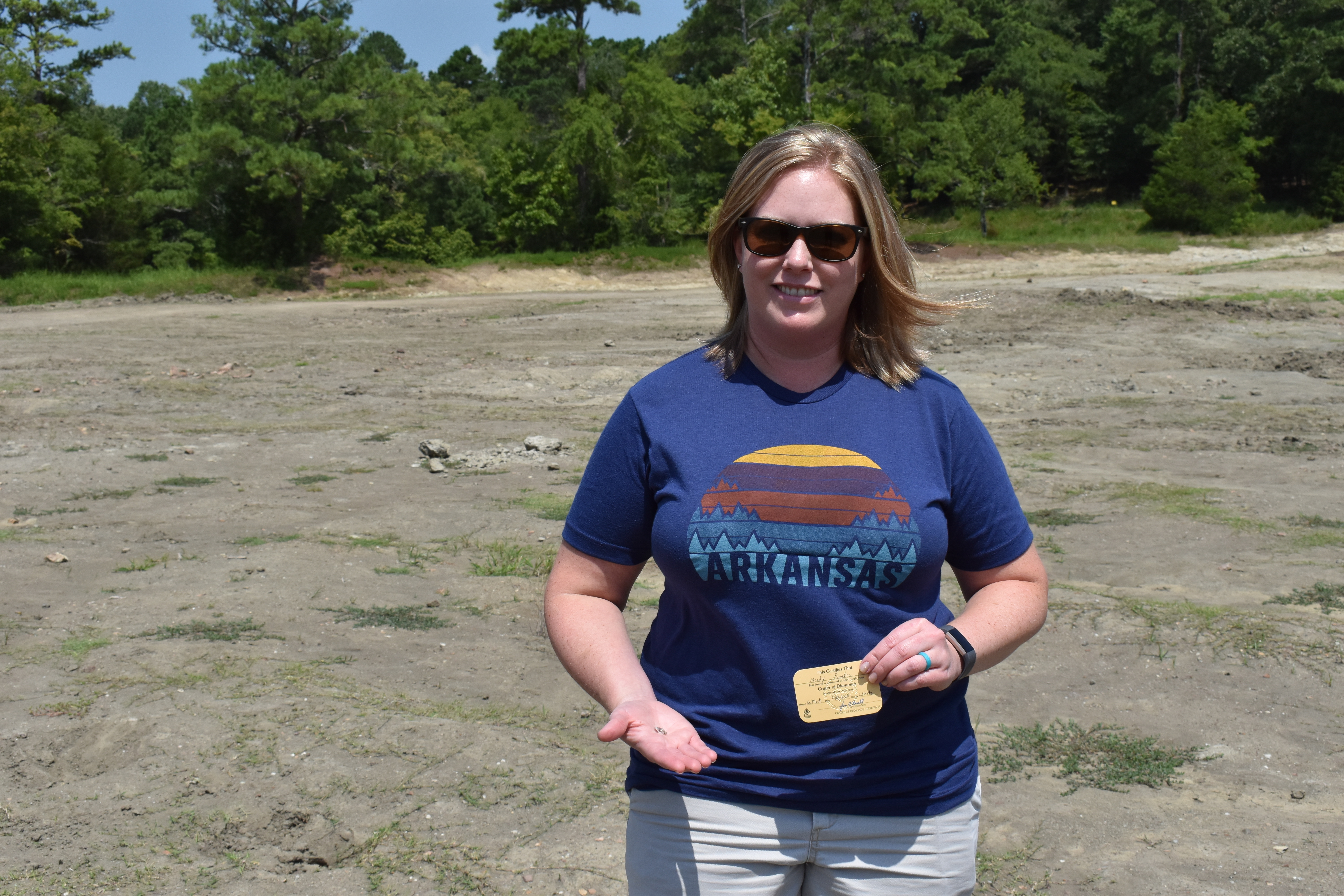 Many visitors choose to name the diamonds they find at the Crater of Diamonds. Pomtree chose to name her gem Serendipity, noting that she was lucky to have found it. “I did a little research on how to find diamonds beforehand, but it turned out to be a walk that resulted in my find!”

“Crater of Diamonds State Park is such a unique experience for our visitors,” Arkansas State Parks Director Grady Spann said. “Guests have made lifetime memories hunting for diamonds.  If they’re fortunate to find a diamond, it really makes the visit unforgettable and one that they will share for many years.”

William “David” Dempsey from Athens, Ala., first learned about Arkansas’s diamond site from his fourth-grade teacher. “I've been wanting to visit for more than 30 years,” said Dempsey. “Recent news stories about the park brought it back to my attention, so we planned a trip.”

Dempsey was wet sifting with his youngest daughter when he found the diamond. “I was running my finger through some gravel I had just sifted, and the diamond popped right out. My son had come over to tell me lunch was ready, and he saw it at the same time I did.” 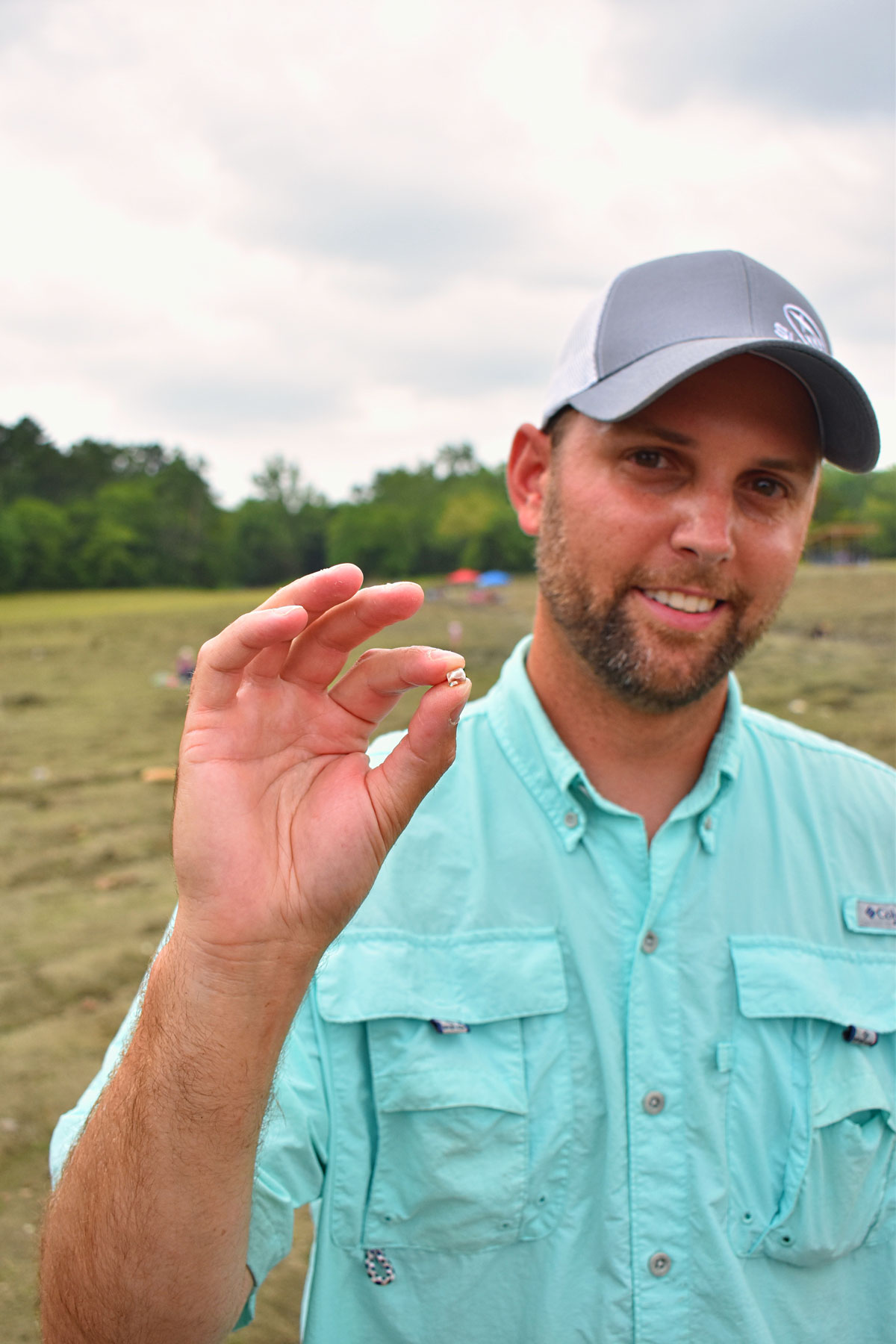 Park Interpreter Cox noted, “Mr. Dempsey’s diamond has a very clear, water-white appearance. It has a beautiful rounded shape and a brilliant shine. It reminds me of many other large, white diamonds that have been found here and is absolutely stunning to see!” Dempsey’s diamond was found near where another large white diamond, the Strawn-Wagner, was discovered in 1990. 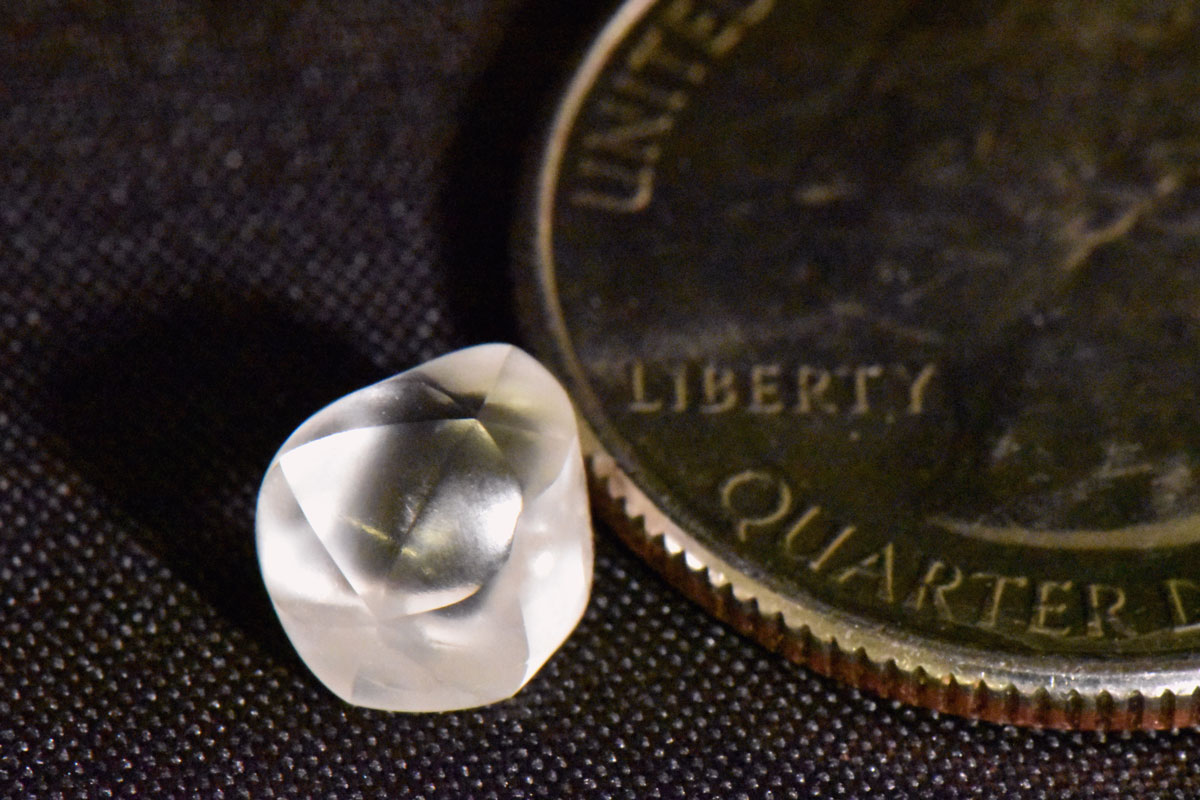 Dempsey named his gem the Dempsey-Ducharme Diamond, as a tribute to his family’s unforgettable experience at the park. He plans to have the diamond examined and appraised before deciding whether to keep or sell it.

Typically, one or two diamonds are found there each day. As of this writing, 171 diamonds have been registered at Crater of Diamonds State Park in 2020, weighing more than 35 carats; six diamonds registered this year have weighed at least one carat each.

Admission to the park’s diamond search area is currently limited to 800 tickets per day, due to COVID-19 restrictions. Visitors are encouraged to purchase tickets in advance at www.CraterofDiamondsStatePark.com, to ensure access. 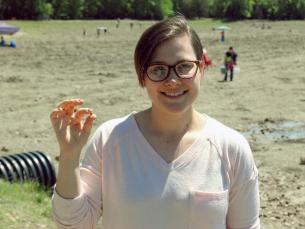 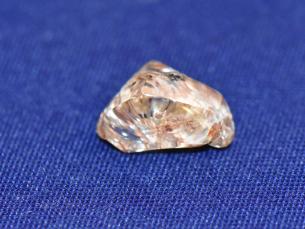 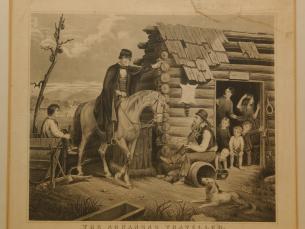 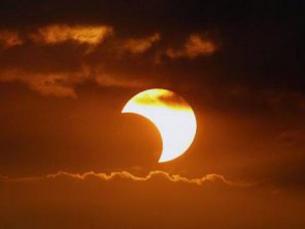