Millwood State Park is located in southwest Arkansas where two major migratory bird flyways intersect. Part of our park mission is to provide safe and enriching educational opportunities about park resources, and one of our most prominent resources is the wildlife protected here.

Migratory birds of many colors and origins can be discovered by visitors to Millwood State Park each spring. Millwood Lake is classified as an Important Bird Area because it provides ideal mating and nesting habitat for a variety of migratory bird species. In the following images, one will observe spring migrants commonly found within the park each year. Remember, as the Greek storyteller, Aesop, once wisely stated, “It’s not only fine feathers that make fine birds.” 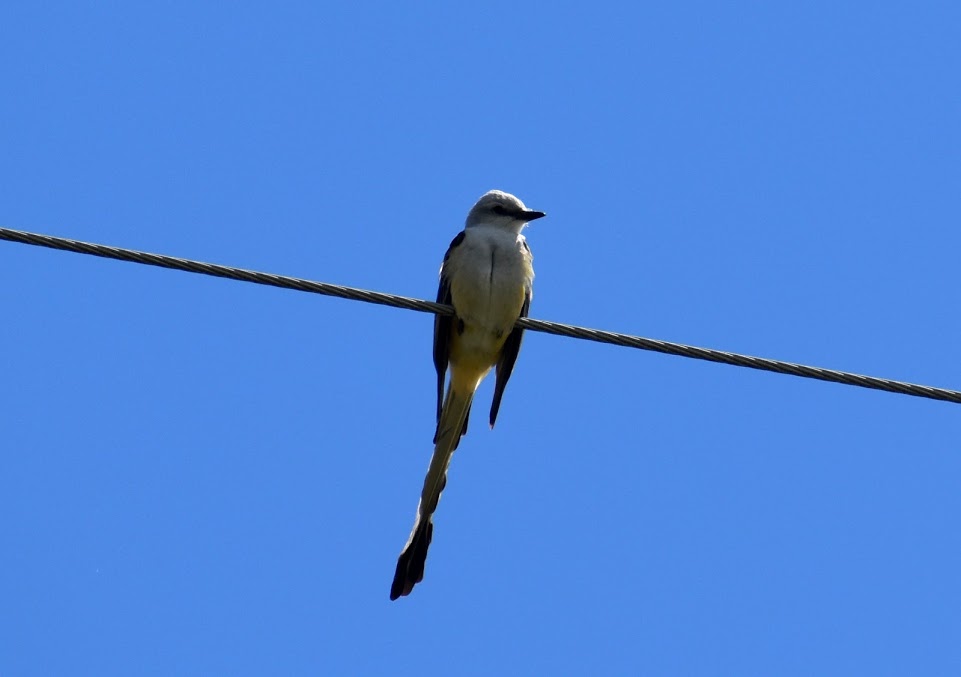 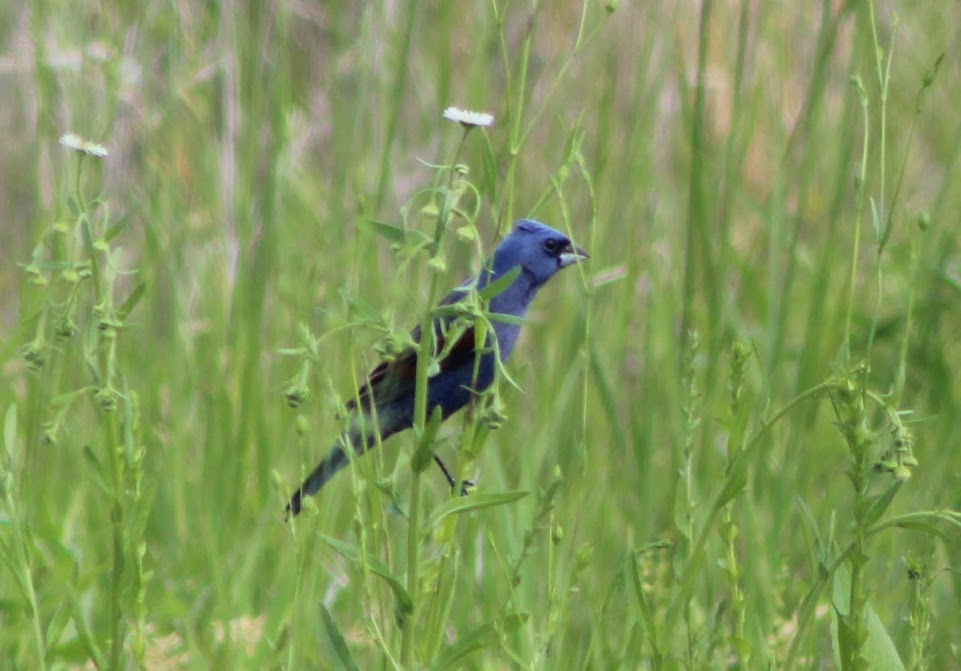 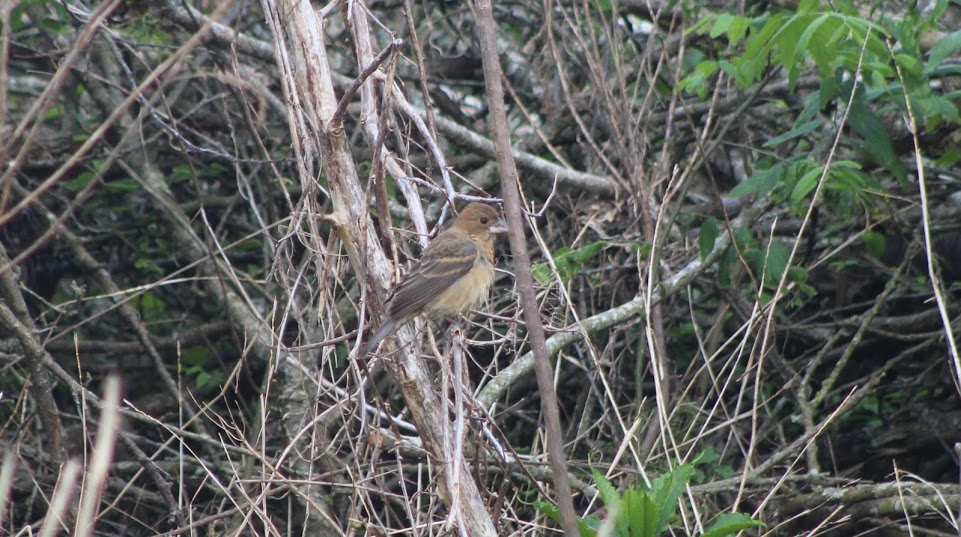 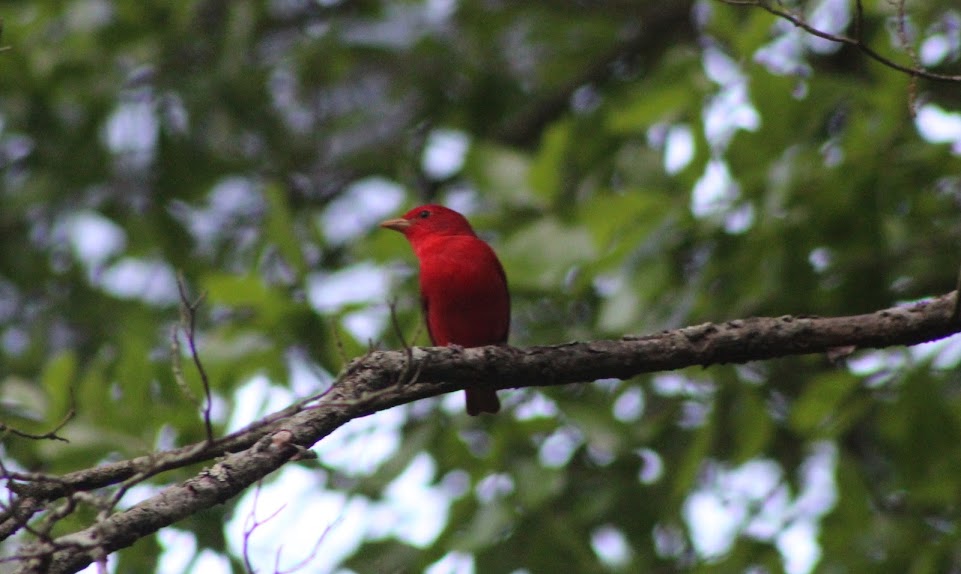 Many people often assume that any red birds they see are northern cardinals; however, summer tanagers are another red species that is quite prevalent in Millwood State Park during the spring and summer months. These brightly colored birds spend winter months at tropical latitudes, then migrate as far north as Iowa to breed and raise their young. If you see one, then it is a male. The females of this species are yellow in color. 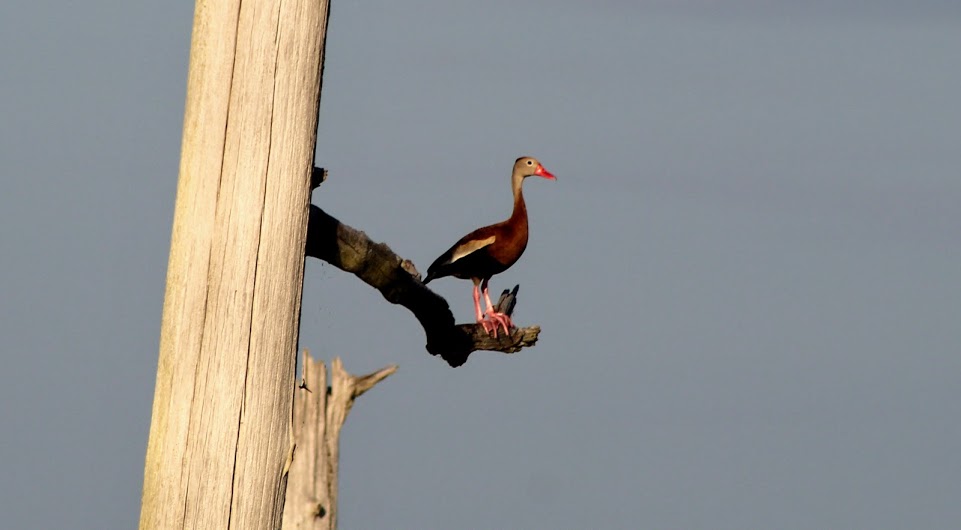 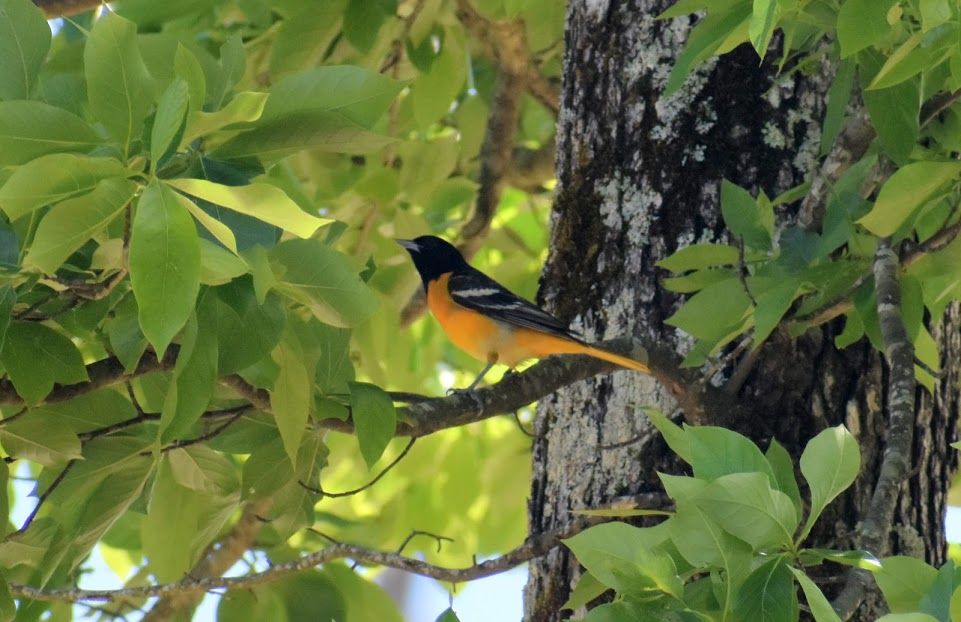 Baltimore oriole males have a spectacular pop of bright orange and yellow color. Orioles have an unmistakable whistling song, which is typically heard before the bird is sighted. Watch for orioles at your hummingbird feeders; they love to stop in for a sip from time to time. 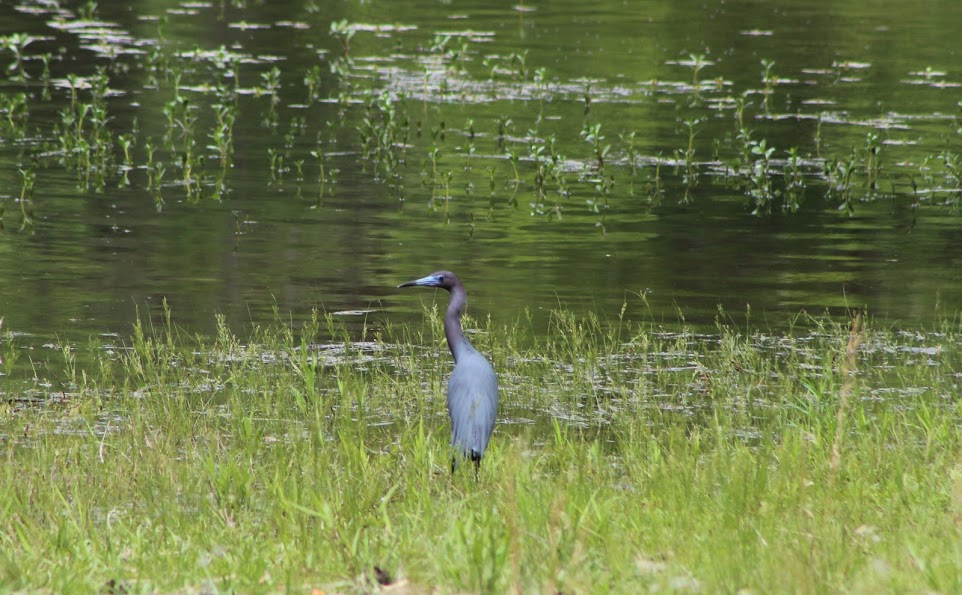 Little blue herons are small wading birds that stalk small fish, frogs, and crustaceans along the banks of Millwood Lake. People who have not observed this bird in person may be surprised at the stark blue plumage. Note, this is a separate species than the often seen—and larger—great blue heron. 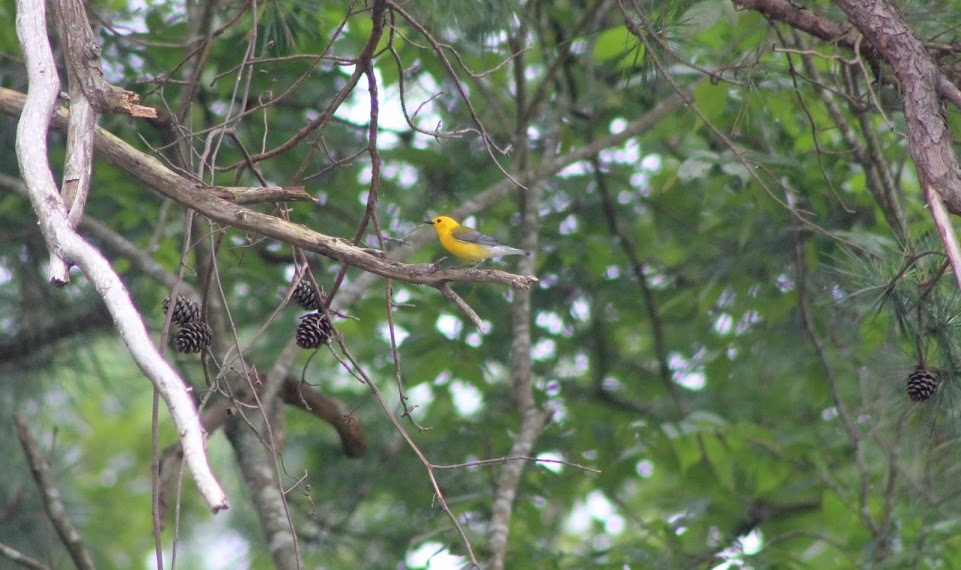 Prothonotary warblers can be seen singing and defending their territory in great numbers along the banks in Millwood State Park in spring and summer. Though prothonotary warblers are small, this bird is not shy, and its conspicuous yellow plumage makes it a joy to observe.

As the name suggests, male indigo buntings have a bright blue, showy blue plumage. The indigo bunting overwinters in Central America and the Caribbean and spends the summer breeding months as far north as Canada. This bird is one of Millwood State Park’s most common migrants and can usually be sighted with little effort. While we do also have eastern bluebirds here, you will usually know when you see an indigo bunting; their feathers are a more brilliant blue and they lack the buff and white breast markings of bluebirds. 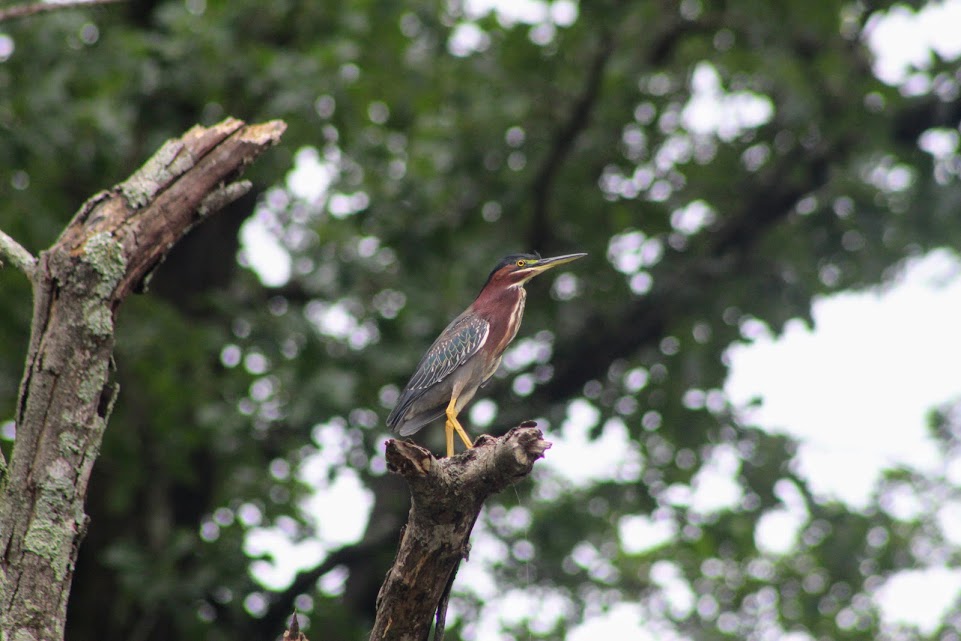 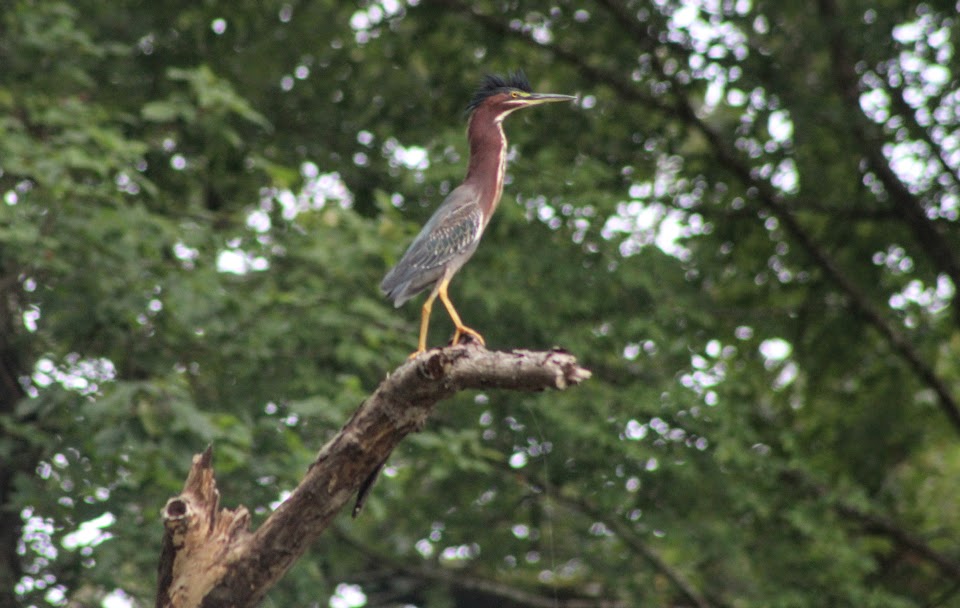 The green heron’s plumage of green wing feathers outlined in gold, and their bright orange legs, give the bird a noteworthy appearance. Though green herons usually have their neck pulled in tightly against their body, they can extend their neck, nearly doubling their body length. 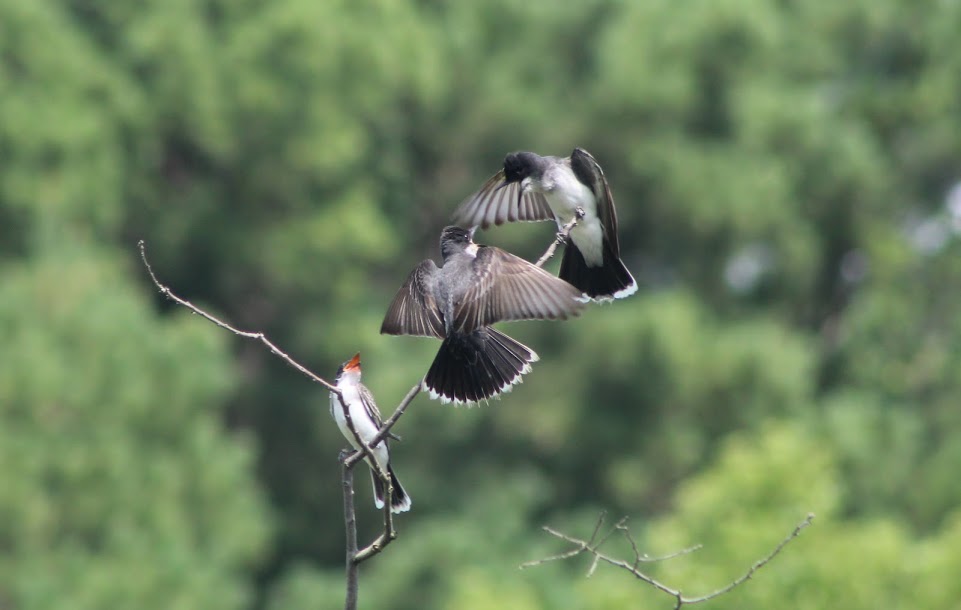 Eastern kingbirds are a winter resident of South America and travel great distances to nest and breed as far north as Canada. Eastern kingbirds are quite aggressive when defending their territory, even against much larger birds. Due to the kingbird’s behavioral tendencies, they are easily observed. Ivory Detter is currently a seasonal park interpreter at Millwood State Park. Through her last few years with Arkansas State Parks, Ivory has discovered a passion for the conservation of wildlife, fed by her love of the wilderness. While at work, she leads park visitors into nature to inspire their hearts and minds to love and protect nature as she does. In her free time, you will often find Ivory hiking and kayaking with her camera, looking for the next bird or reptile to photograph.