It’s About the People

The elderly visitor stood at the first marker on the Knapp Trail, gazing out across the plaza area, a wide expanse of open grass. The wind carried the scent of many wildflowers straight toward his uplifted face.  He had rather long, dark hair shot through with streaks of gray. It was stirring in the breeze. His distinct facial features quietly spoke of his Native American heritage.  He was leaning on a walking staff. A feather hanging on a leather thong at the top of the staff danced in the breeze. A small, very old and weathered-looking, brown leather medicine bag hung around his neck.   His dark brown eyes focused on Mound A, the tallest Indian mound in Arkansas.  As an interpreter at Toltec Mounds Archeological State Park, I usually stop and speak with visitors, but something told me I should leave this gentleman undisturbed for a while. It was easy to tell by the expression on his weathered face that he was deep in contemplation.  I walked past him and continued out to check on some unusual wildflowers I had seen blooming near the small lake that people from Scott, Arkansas know as Mound Pond. 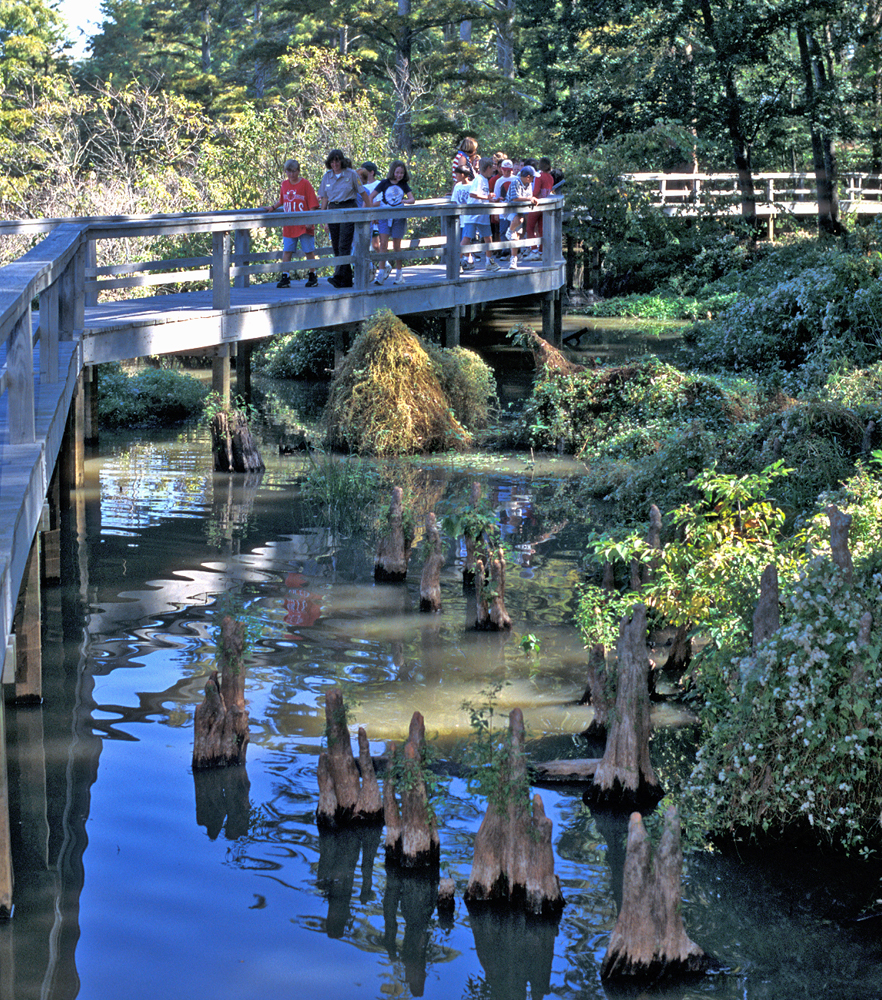 I stayed a while on the boardwalk looking across the water. What a beautiful, breezy spring day! I turned and looked at the huge mound on the edge of the water. I imagined people, long ago, trudging up the side of that structure carrying basket loads of dirt, each one adding to the now silent testimony of the immense pile of soil that stood before me.

The great earthen monument sang its silent song to me again. I could visualize Indian children playing happily here at its foot. It was easy to hear them laughing as they picked flowers, fished or caught frogs.

My mind drifted forward in time to a fun morning I’d enjoyed with a group from the School for the Deaf that visited Toltec Mounds. I recalled their delight at discovering the green tree frogs on the boardwalk. How timeless this place is!  It has always meant something to someone.

I love interacting with our visitors and bringing the site and the people that built this place alive for them. People come here for different reasons. Sometimes the signs on the Interstate bring them in. It is simple curiosity. They are on vacation, touring, looking for something interesting to see and do.

Some, like the Batun family who are of Mayan heritage, are attracted by the name Toltec. Senor Batun is working on his master’s degree in anthropology at Florida State University.  He and his family were on their way out west to see the Grand Canyon, when they noticed the signs and took a detour to see Toltec Mounds.  Some folks are interested in the archeology here.  They may come to volunteer on Arkansas Archeological Society lab days this summer.  Many come to learn about ancient life by participating in workshops or summer camps.  Boy Scouts, with the aid of the Quapaw Council, may come to work on their Native American Heritage badges.

For some, like the man at the first trail marker, it is a spiritual thing. Often people come purposefully seeking that spiritual connection.  Others make connections at Toltec Mounds that they did not expect.  This place has that effect on folks.  They may come here saying, “So what?”  Yet, they go away saying “Wow!  I had no idea what was here.  This is amazing!” 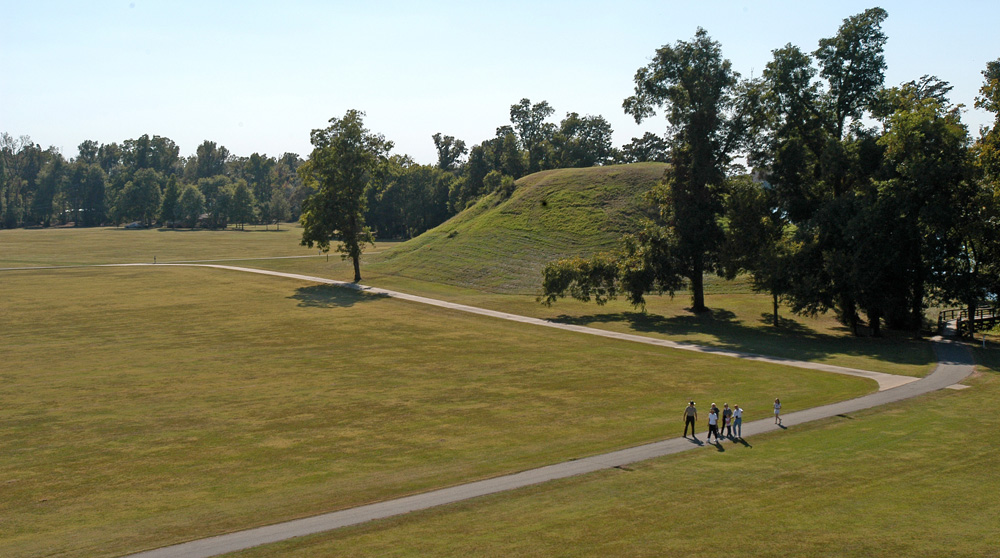 As I left the boardwalk and rounded the base of Mound A to head back to the visitor center I noticed something.  The man at the first marker was still standing in the same spot I’d seen him about twenty minutes ago.  His hair was still lifting and dancing on the breeze.  I went near him again, and could see that his eyes were closed now.  A single tear sparkled in the sun on his left cheek.

As I approached, he opened his eyes and our gazes locked.  He seemed a bit embarrassed at first and hurriedly wiped the tear away.  I just smiled knowingly and nodded.  He smiled back and said, “I can hear them…I can hear the drums.”  Now, many folks might think his remark a bit odd.  Not this interpreter.  I smiled and replied, “Me too!”   That was all we said to each other. It was all that was needed. 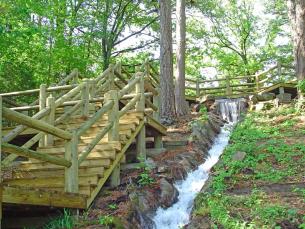 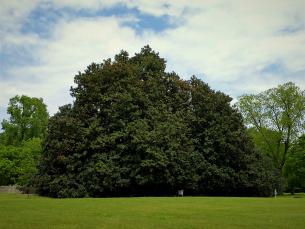 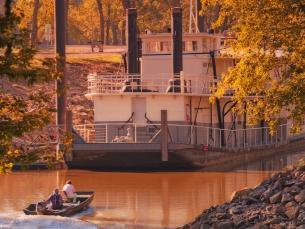 The Mary Woods No. 2 – Life on the River 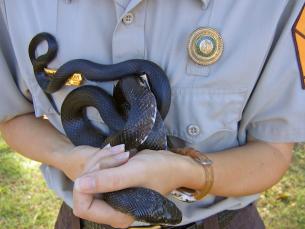