Trey and Darlene Cathey of Hot Springs, Ark., stayed in one of Moro Bay State Park’s cabins this weekend and have quite the fish tale. The couple rented a boat from the park to see the scenic waterways of Moro Bay, the Ouachita River, and Raymond Lake on Sunday Morning. While boating down Raymond Lake, Trey Cathey was startled by a flash of silver and something hitting his leg.  To his surprise it was a big fish that had jumped right into the boat with them. Shocked by this, they brought the fish back to the visitor center to show it to me, the park ranger and superintendent.  He said it is the first time he has ever caught a fish without a fishing pole! 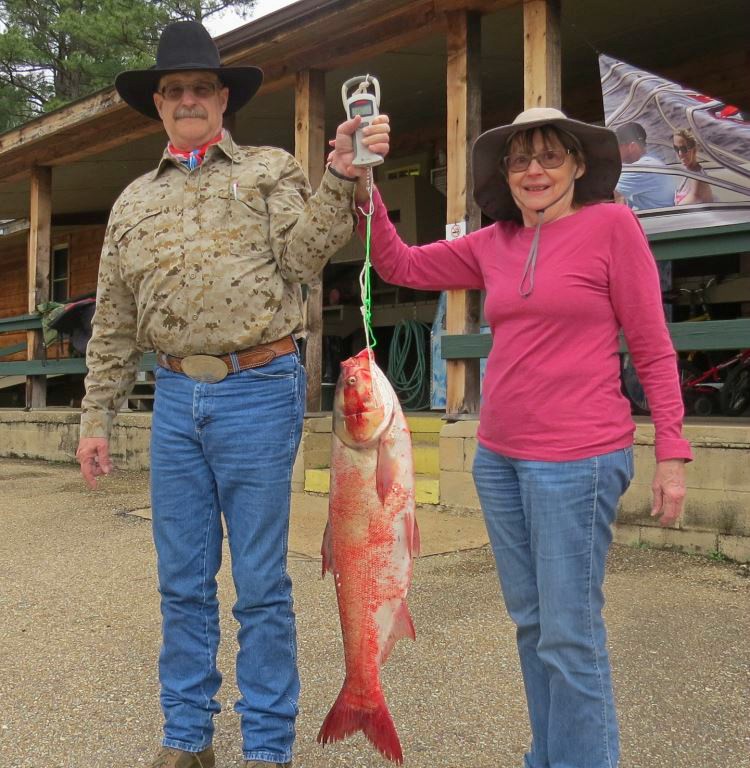 The fish is a Silver Carp, an exotic species from Asia stocked in municipal sewage lagoons in Arkansas by state, federal, and private facilities in the 1970s.  Silver Carp and Big Head carp are similar in appearance, and are both exotic species from Asia.  They were both stocked because they eat large amounts of plankton and detritus. The Silver Carp differs in that when it’s startled, it can jump up to 10 feet.  Both species escaped from where they were originally stocked throughout the South and have since made their way up the Mississippi into the Arkansas and White rivers.  Though rare, they are also found in the Ouachita River.

The fish weighed 15 lbs., 1 oz., and measured 33 inches long. This is big compared to most Silver Carp, but they can grow up to 60 pounds. I’ve been at Moro Bay State Park for 12 years and I’ve seen a few jumping carp in the area while boating over the past few years.  However, this is the first report of one actually jumping into a boat! 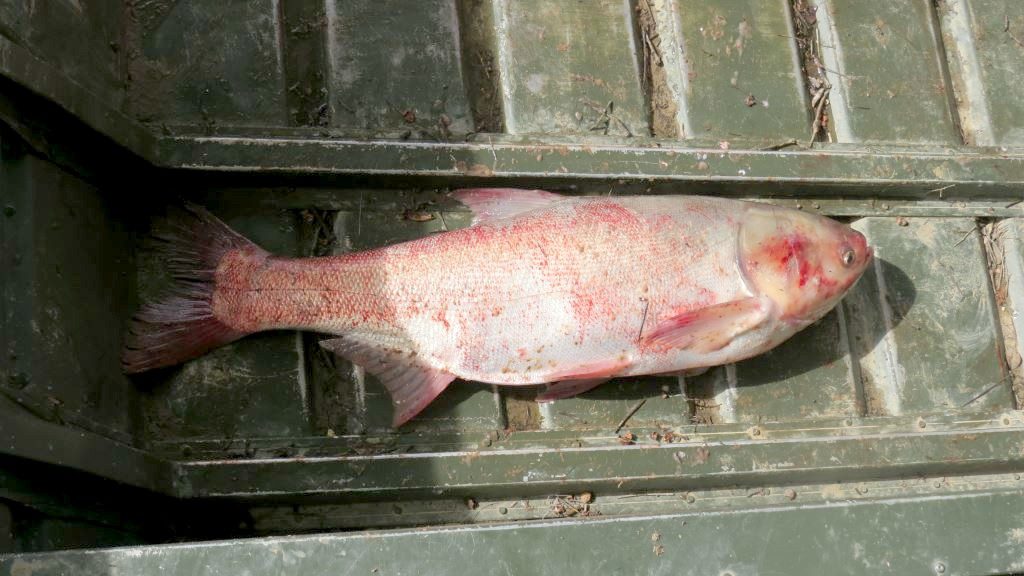 I first began seeing them about three years ago, and by seeing them I mean about one or two per summer. I contacted a fisheries biologist who told me there are university studies taking place to try and find a marketable purpose for them to aid in eradication. I was also told that the Silver Carp’s jumping behavior is more prevalent in juvenile fish and in shallow water, so the likelihood of these flying fish is expected to be minimal in our large and relatively deep river. The Catheys have quite a fish tale though!