It’s thrilling when hard work pays off. For years, 26-year-old Christian Liden, of Poulsbo, Wash., has wanted to find the raw materials to make his own engagement ring. He started by panning for gold around his home state. After five years, he had accumulated enough for the ring. Liden recently embarked on a mining excursion that led him across the country to Arkansas’s Crater of Diamonds State Park to collect gemstones for his creation.

Liden and a longtime friend left Washington on May 1. They built their own mining equipment to search with and tested it at a Montana sapphire mine along the way. The friends arrived at Arkansas’s diamond site late on Friday, May 7. “We spent about an hour in the field that afternoon and returned early the next morning to mine all day,” Liden said. 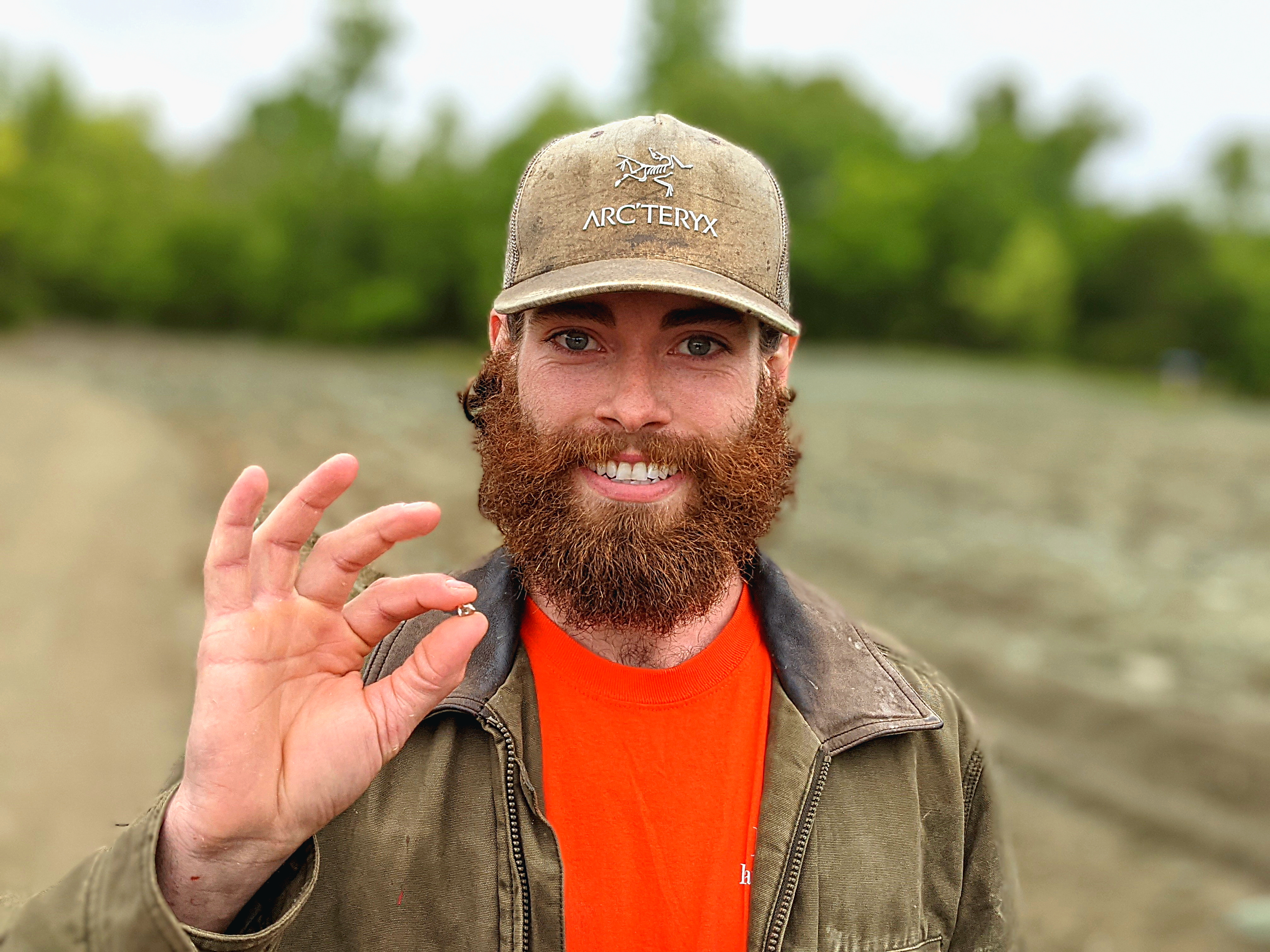 On his third day at the Crater of Diamonds, Liden was wet sifting when he finally spotted what he had traveled more than 2,000 miles in search of. “I saw it shining as soon as I turned the screen over and immediately knew it was a diamond. I was shaking so bad, I asked my buddy to grab it out of the gravel for me!” Liden placed the gem in a plastic bag and carried it to the park’s Diamond Discovery Center, where staff confirmed he had found a large, yellow diamond.

“I love hearing each story of how a visitor to Crater of Diamonds State Park finds a significant diamond,” said Stacy Hurst, secretary of the Arkansas Department of Parks, Heritage, and Tourism. “It’s a moment they’ll never forget, and it’s always exciting that our park gets to be a part of that.”

Weighing 2.20 carats, Liden’s diamond is the largest found at the park since last October, when a visitor from Fayetteville, Ark. discovered a 4.49-carat yellow diamond. He found it in dirt from the West Drain of the park’s 37.5-acre diamond search area, the surface of an ancient, diamond-bearing volcanic pipe. 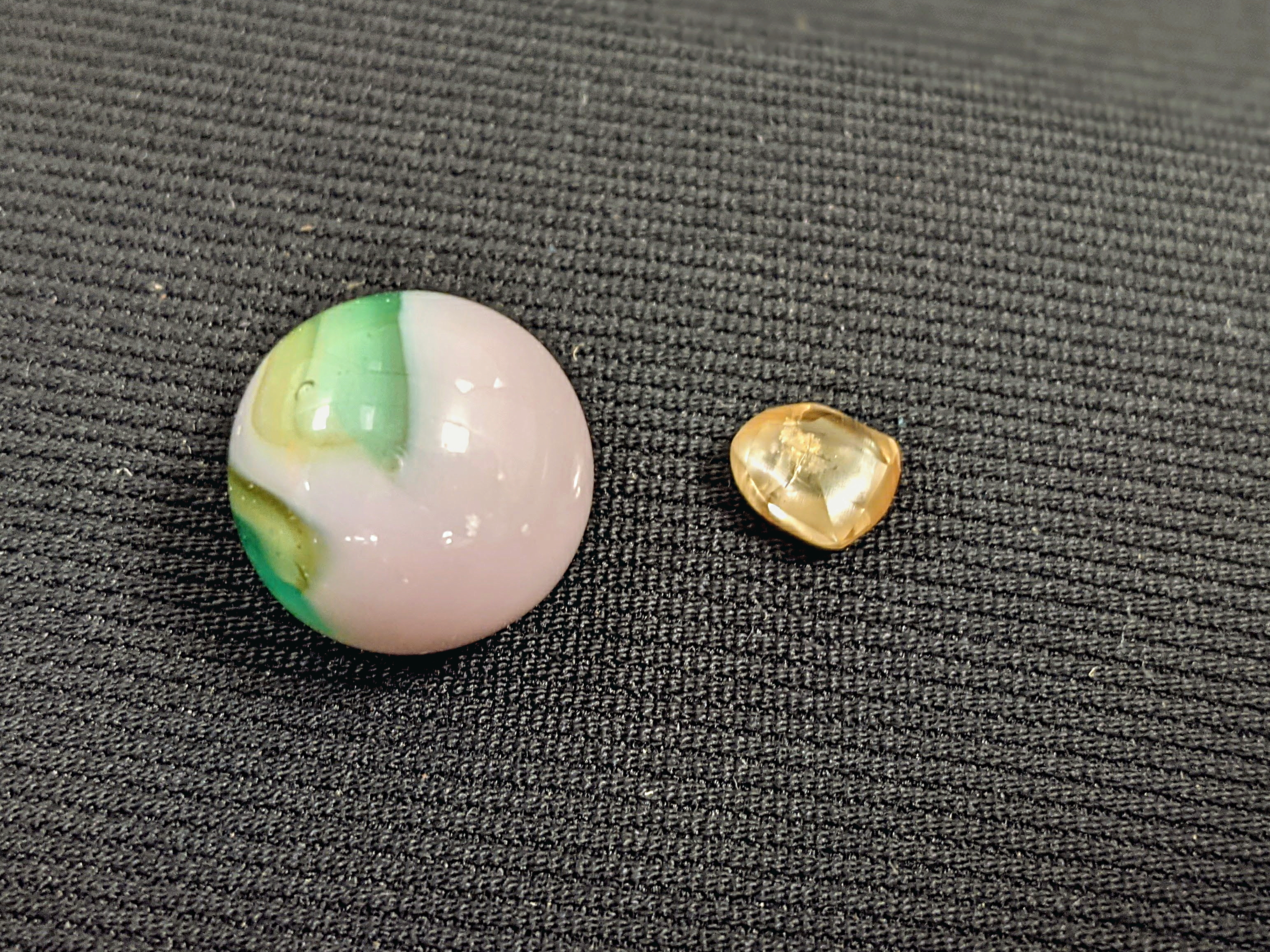 ​According to Assistant Superintendent Dru Edmonds, “Mr. Liden’s diamond is light yellow, with a triangular shape and a sparkling, metallic luster. Like most diamonds from the park, it contains a few inclusions, making it one-of-a-kind.”

“As beautiful as this diamond is, I think the best part is the story behind it,” Edmonds continued. “Since the eighth grade, Mr. Liden has dreamed of creating a special ring for his future wife, with stones and gold he mined, himself. And now he can make that dream come true!”

Though he’s found other gemstones, Liden was surprised by his success at the Crater of Diamonds. “I was just hoping to find a couple smaller stones and had planned to buy a center stone later, but that won’t be needed now!”

After leaving the Crater of Diamonds, Liden plans to mine for opals in Nevada before returning home. Once he proposes, Liden says he wants to design an engagement ring with his bride-to-be using his diamond and other gemstones collected along his cross-country mining quest.

Finders of large Crater diamonds often choose to name their gems. Liden has named his diamond the Washington Sunshine, “because it's got a nice, light yellow color, just like sunlight in Washington.”

As of this publication, 121 diamonds have been registered at Crater of Diamonds State Park in 2021, weighing more than 20 carats. An average of one to two diamonds are found by park visitors each day.

Admission to the park’s diamond search area is currently limited to 1,500 tickets per day. Visitors are encouraged to purchase tickets in advance at CraterofDiamondsStatePark.com, to ensure access.